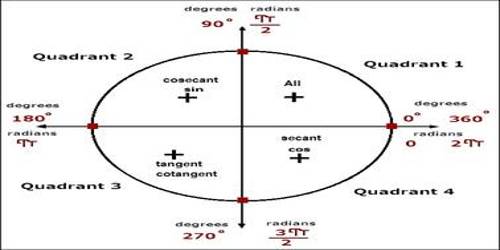 An angle is made up of two rays with a common endpoint. This endpoint is the vertex of the angle. The angle symbol is a mathematical symbol that is placed ahead of character s, usually uppercase italic letters representing spatial points, to describe a geometric angle formed by the intersection of two lines, line segments, or rays. The symbol looks like a skewed, uppercase, sans-serif letter L (∠). Here, in the above figure, the angle is named as ∠ABC or ∠B.

An angle is said to lie in a particular quadrant if the terminal side of an angle lies in the quadrant.