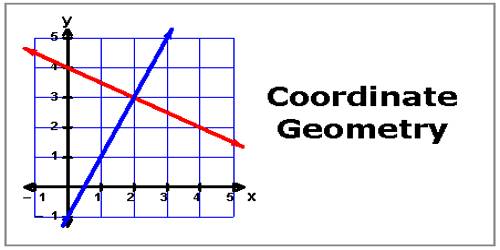 A line is simply an object in geometry that is characterized as a straight, thin, one-dimensional, zero width object that extends on both sides to infinity. A straight line is essentially just a line with no curves.

(i) The slope or gradient of a straight line is the trigonometric tangent of the angle θ which the line makes with the positive directive of the x-axis.

(ii) The slope of x-axis or of a line parallel to the x-axis is zero.

(iii) The slope of y-axis or of a line parallel to the y-axis is undefined.

(vii) The equation of a straight line in

(a) slope-intercept form: y = mx + c where m is the slope of the line and c is its y-intercept;

(xii) The equation of any straight line which is