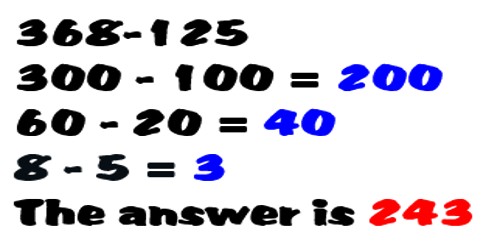 A quick way to estimate the difference between two numbers is to round each number and then subtract the rounded numbers. This probably won’t be the exact answer but it may be close enough for some purposes.

How to Estimate a difference by rounding?

How to Improve the Estimate? Discuss what Julian did wrong.

(Answer: Probably he pressed the subtraction button rather than the addition button.)