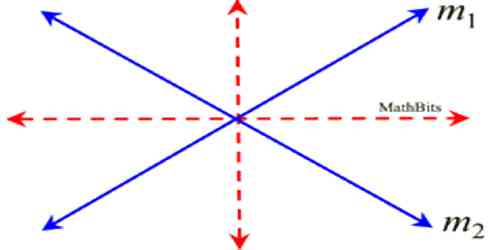 Theorems on Locus of a Point

Locus is a curve or other figure formed by all the points satisfying a particular equation of the relation between coordinates, or by a point, line, or surface moving according to mathematically defined conditions. A path consisting of a set of points whose location is governed by some definite rule of rules is called locus.

Let X and Y be two given fixed points. PQ is the path traced out by the moving point P such that each point on it is equidistant from X and Y. Therefore, PX = PY.

To prove: PQ is the perpendicular bisector of the line segment XY. PX and PY (Given)

XO = YO (Since, every point of PQ is equidistant from X and Y, and O is a point on PQ.)

Therefore, by the SSS criterion of congruency △PXO ≅ △PYO.