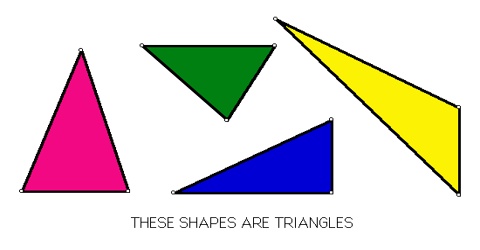 Every triangle has three sides and three angles, several of which may be similar. The sides of a triangle are given particular names in the case of a right triangle, with the side opposite the right angle being termed the hypotenuse and the other two sides being known as the legs. All triangles are convex and bicentric. That portion of the plane enclosed by the triangle is called the triangle interior, while the remainder is the exterior. Classifying triangles by their side lengths