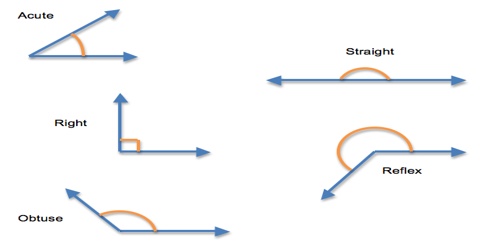 Right angle: Right angles are one of the most common and interesting angles in all of geometry. It is an angle whose measure is 90 degrees. It is an internal angle which is equal to 90°. The following is a right angle. Reflex angle: An angle whose measure is bigger than 180 degrees but less than 360 degrees. The measure of a reflex angle is added to an acute or obtuse angle to make a full 360 degree circle. The following is a reflex angle.