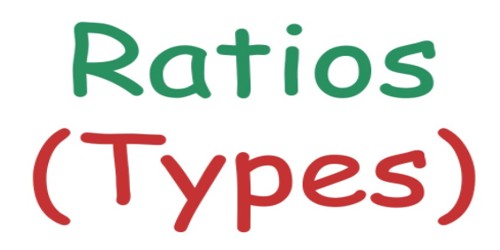 Ratios are used to compare values. In mathematics, a ratio is a relationship between two numbers indicating how many times the first number contains the second. The ratio of two like quantities a and b is the fraction a/b, which indicates how many times b is the quantity a. In other words, their ratio indicates their relative sizes.

When two or more ratios are multiplies termwise; the ratio thus obtained is called compound ratio.

Similarly, we can say if the antecedent and consequent of a ratio be interchanged, the changed ratio is called the inverse ratio of the previous ratio.

For example: 7 : 9 is a ratio of lesser inequalities.