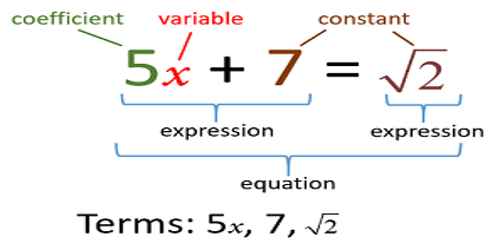 A symbol which has a fixed numerical value is called a constant.

Number of days in a week represents a constant. A quantity which has no fixed value but takes no various numerical values is called a variable.

Temperature at different times of a day represents a variable.

The height of a student in your grade is a variable, as it varies from student to student. A variable is denoted by a letter like x, y, z, u, v etc.

A combination of a constant and a variable is also a variable. Variables are use to hold the value or store some result and the value of variables can be changed but we cannot assign some value to a constant. Constant have their fix value which cannot be changed.

Difference between Variables and Constants