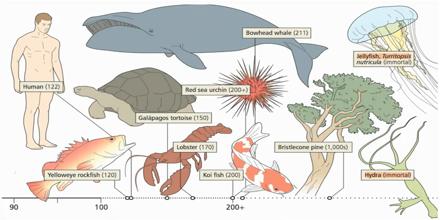 This article talks about Maximum Life Span, which mean life span varies with susceptibility to disease, accident, suicide and homicide, whereas maximum life span is determined by “rate of aging”. It also refers only to the characteristics of the especially long lived members of a population, such as infirmities as they age or compression of morbidity, and not the specific life span of an individual. It has long been accepted that the maximum human lifespan has remained constant since the time when human beings first began to record their ages thousands of years ago. It is a measure of the maximum amount of time one or more members of a population have been observed to survive between birth and death.