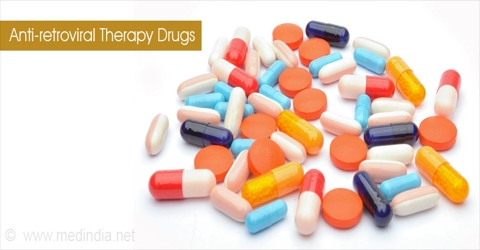 How are the Drugs Used?

Antiretroviral drugs are generally used in combinations of three or more drugs from more than one class. This is called “Combination Therapy.” Combination therapy helps avert drug confrontation.

Manufacturers of ARVs keep trying to make their drugs easier to take, and have combined some of them into a single tablet regimen.

How is HIV Treated?

HIV is treated using a permutation of medicines to struggle HIV infection. This is called antiretroviral therapy (ART). ART isn’t a treatment, but it can organize the virus so that you can survive a longer, better life and decrease the risk of transmitting HIV to others.

These HIV medicines avert HIV from multiplying (making copies of itself), which reduces the amount of HIV in your body. Having less HIV in your body gives your immune system a possibility to get better and scrap off infections and cancers. Even though there is still some HIV in the body, the immune system is tough sufficient to fight off infections and cancers. What conditions increase the urgency to start ART?

The following conditions increase the urgency to start Antiretroviral therapy:

When is it time to start taking HIV medicine?

Treatment with HIV medicines (called antiretroviral therapy) is suggested for everybody infected with HIV. ART helps people with HIV live longer, better lives and reduces the risk of HIV diffusion.

The Department of Health and Human Services (HHS) guidelines on the use of HIV medicines in adults and adolescents recommend that people with HIV start ART as soon as possible. Standard antiretroviral therapy consists of the permutation of antiretroviral (ARV) drugs to maximally restrain the HIV virus and stop the development of HIV disease. ART also prevents onward transmission of HIV. Huge reductions have been seen in rates of death and infections when use is made of a potent ARV regimen, mainly in premature stages of the disease. WHO recommends ART for all people with HIV as soon as possible after diagnosis without any restrictions of CD4 counts. It also recommends offer of pre-exposure prophylaxis to people at considerable risk of HIV disease as an extra prevention option as part of complete preclusion.