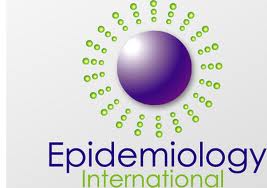 Anaemia is recognized as a major public health problem, affecting over 1.2 billion people in both the developed and developing countries. Compilations of the prevalence of anaemia worldwide show a large variation among regions and although the prevalence is highest in developing countries, it is also common in industrialized countries. In Bangladesh, anaemia is considered to be one of the major public health problems.

Epidemiology is the study of the patterns, causes, and effects of health and disease conditions in defined populations. It is the cornerstone of public health, and informs policy decisions and evidence-based medicine by identifying risk factors for disease and targets for preventive medicine. Epidemiologists help with study design, collection and statistical analysis of data, and interpretation and dissemination of results (including peer review and occasional systematic review). Epidemiology has helped develop methodology used in clinical research,public health studies and, to a lesser extent, basic research in the biological sciences.

Anaemia is a condition characterised by low haemoglobin in the body caused by a deficiency of nutrients including iron in the diet. Other causes of anaemia include folic acid deficiency, the hereditary blood disease thalassaemia, hookworm infestation, and chronic diseases such as kidney failure. Principal effects of anaemia are fatigue and reduced work capacity, and a weakened immune system that results in frequent infections.

Worldwide, approximately 20 percent of women, 50 percent of pregnant women, and 3 percent of men are iron deficient. Iron is an essential component of hemoglobin, the oxygen carrying pigment in the blood. Iron is normally obtained through the food in the diet and by the recycling of iron from old red blood cells.

Magnitude of the problem:

Anaemia is a global public health problem affecting both developing and developed countries with major consequences for human health as well as social and economic development. It occurs at all stages of the life cycle, but is more prevalent in pregnant women and young children. In 2002, iron deficiency anaemia (IDA) was considered to

The burden of anaemia in Bangladesh is significant. It is prevalent in all age groups, but is particularly common in children, adolescent girls, and pregnant and lactating women. The latest surveys (done in 2004) show that up to 92% of 6-to-11 month old children in Bangladesh suffer from anaemia. Four out of ten pregnant women suffer from anaemia, particularly in rural areas. More alarmingly, anaemia seems to have increased between 2001 and 2004.

Anaemia often causes children’s physical growth to be impaired and their learning capacity can also be reduced, adversely affecting their achievement in school. Women who are anaemic are at higher risk of complications during childbirth, such as prolonged labour, low birth weight of the newborn, and even maternal and neonatal death. Anaemia also results in reduced work productivity. It is estimated that 7.9% of GDP in Bangladesh is lost due to anaemia.

A half of all pre-school children and pregnant women in rural Bangladesh are anemic, a prevalence that indicates a severe public health problem, according to new data from the Nutritional Surveillance Project. A national anemia survey completed in November 2001 during routine nutritional surveillance has also shown that about one third of school-age children, adolescents and non-pregnant mothers had low hemoglobin concentrations. The data indicate that 23 million children in rural Bangladesh and 9 million women of reproductive age are anemic. The scale of the problem, the harmful effects of anemia on child growth and development, and the danger anemia poses to the lives of pregnant women and their unborn babies are clear reasons for key stakeholders to urgently tackle this problem. Until fortified foods become widely available, or until poor rural people eat enough foods rich in micronutrients, iron supplements will be a key means to prevent and control anemia in Bangladesh. All opportunities to deliver iron supplements to children and women need to be explored.

Iron deficiency anemia may result from one or a combination of four major factors:

(i) Inadequate dietary intake of iron and or low dietary bioavailability.

(ii) Increased iron needs at various stages of life such as during pregnancy and the periods of rapid growth in small children and during adolescence.

(iii) Chronic iron losses such as during menstruation of women of reproductive age or due to ulcers and parasitic infestations.

(iv) Impaired iron utilization after it is absorbed as occurs in chronic and repeated infections and in vitamin A deficiency.

Causes of nutritional anaemia other than iron deficiency includes deficiencies of folic acid, vitamin C, copper and vitamins B2 and B12. Genetically determined haemoglobinopathies such as thalassaemia are other causes of anaemia in some people. The consequences of anaemia have serious health implications.

Bangladesh has seen impressive progress in health and nutrition in the last few decades. Systematic, nationally representative analyses of the causes of anaemia have not been done in Bangladesh. It is assumed however that the most common causes of anaemia in infants and young children are low rates of exclusive breastfeeding, inappropriate complementary feeding (resulting in low intakes of iron and other nutrients) and repeated infections that impair absorption of iron. Iron loss through menstrual bleeding, coupled with inadequate intake of dietary iron, are important causes of anaemia in adolescent girls. Anaemia in pregnancy is due to a number of factors, including inadequate intake of iron and other nutrients, and increased demand for iron.
Prevention and control of anaemia is considered to be one of the key strategies for reducing maternal, neonatal and childhood mortality and improving maternal and child nutrition, and the Government of Bangladesh is committed to addressing it through the Bangladesh Health, Nutrition and Population Sector Program for 2003 to 2010.

The Directorates General of Health Services, Family Planning, and the National Nutrition Program (NNP) have programmes for iron-folic acid (IFA) tablet distribution among pregnant and lactating women and adolescents. In 2007, the Institute of Public Health Nutrition published the National Strategy for Anaemia Prevention and Control in Bangladesh which includes

to control anaemia in children, adolescent girls and women of reproductive age.

In most areas of the country, the only intervention for preventing and treating anaemia is iron-folic acid tablet supplementation during pregnancy. The NNP has taken a broader approach to anaemia control by also including adolescent girls and newlywed women under the supplementation, and by providing anti-helminthic treatment to adolescent girls through Community Nutrition Promoters.

The persistently high prevalence of anaemia in both children and women indicates that there are gaps and challenges in the existing strategies. Only one in two pregnant women are being reached with iron-folic acid supplementation. The great majority of women are not supplied with adequate IFA supplements through antenatal services because utilisation of these services is often both too late in pregnancy and infrequent; only one in five women make four or more antenatal visits during pregnancy. There are, however, no programmatic interventions for anaemia control in infants and young children despite the very high prevalence of anaemia in this age group. All out efforts have been taken to combat anaemia.

Strategies:
1. Integrated  and complementary approaches to anaemia prevention, to address the multiple causes of anaemia
2. Community-based and facility-based approaches to delivery of interventions
3. Behavioural change communication (BCC) to ensure that prevention and control of anaemia are given a high profile and accepted as important and necessary at all levels
4. Capacity building to assist and facilitate the health care system in programme planning, implementation, management, monitoring and evaluation at all levels.
5. Partnerships between all stakeholders, to reach all target groups with interventions.

Research on aneamia in Bangladesh:

5.  Anaemia among non-pregnant women in rural Bangladesh – A cross-sectional    study conducted in February±March 1996. Haemoglobin concentration was measured on   a capillary blood sample by cyanmethaemoglobin

The alarming prevalence of anaemia in infants warrants immediate attention. Exclusive breastfeeding protects infants against anaemia for at least the first six months of age—another reason this extremely beneficial practice needs to be promoted widely. After the first six months, anaemia can be avoided by improving complementary feeding practices, such as using a variety of iron-rich and nutritious foods, which will require intensifying the counselling given to mothers. Fortifying home-based food for young children with multiple micronutrient powder (sprinkles) is another strategy that should be considered.

we need to concerted and well-coordinated efforts for increasing public awareness about anaemia, controlling the problem through dietary measures and increase in the coverage of iron-folic acid supplementation, and identifying and implementing the appropriate intervention for infants and young children.