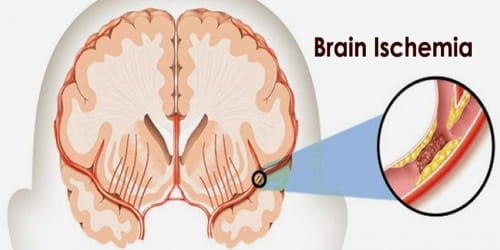 Definition: Brain ischemia, also known as cerebral ischemia or cerebrovascular ischemia, is a type of stroke that occurs when there is an interruption of blood flow to part of the brain. Oxygen and vital nutrients are carried in the blood through arteries, which are the blood vessels that carry oxygen and nutrient-rich blood to every part of the body. It is a sub-type of stroke along with subarachnoid hemorrhage and intracerebral hemorrhage.

When this occurs due to a blockage, it can cause the death of the brain tissue, as well as the loss of certain brain functions. The longer the problem persists the more damaging the brain ischemia will be.

Ischemia leads to alterations in brain metabolism, reduction in metabolic rates, and energy crisis. There are two types of ischemia: focal ischemia, which is confined to a specific region of the brain; and global ischemia, which encompasses wide areas of brain tissue. Brain ischemia can be categorized into a few different types. These include:

This type of stroke can occur at any time. The patient could be at rest or sleeping or engaging in a vigorous activity. In some cases, the person may lose consciousness when they have a stroke. Other times, they may remain conscious through the entire episode.

Causes, Signs, and Symptoms of Brain Ischemia: Brain ischemia has been linked to a variety of diseases or abnormalities. They may include the following:

Other pathological events that may result in brain ischemia include cardiorespiratory arrest, stroke, and severe irreversible brain damage. Recently, Moyamoya disease has also been identified as a potential cause for brain ischemia. Moyamoya disease is an extremely rare cerebrovascular condition that limits blood circulation to the brain, consequently leading to oxygen deprivation.

The symptoms of brain ischemia reflect the anatomical region undergoing blood and oxygen deprivation. The most common symptoms include loss of movement in any area of the body, often on just one side of the body. The patient may also suffer from weakness, decreased sensation or numbness in parts of the body, or tingling. The patient may also have trouble speaking clearly and swallowing, as well as loss of memory and loss of coordination. Vertigo, loss of consciousness and urinary incontinence are other potential symptoms that those suffering from brain ischemia may experience.

Similar to cerebral hypoxia, severe or prolonged brain ischemia will result in unconsciousness, brain damage or death, mediated by the ischemic cascade.

Diagnosis and Treatment of Brain Ischemia: During brain ischemia, the brain cannot perform aerobic metabolism due to the loss of oxygen and substrate. The doctor will utilize a number of different types of tests to give the patient including CT scans, MRIs, electrocardiograms, ultrasounds, and more to determine the exact cause and severity of the problem. In some cases, surgery may be a proper course of action to help remove blood clots from the brain.

Preventions of Brain Ischemia: Brain ischemia can be prevented. Some of the most common methods of prevention include taking active measures to improve overall health such as dieting, exercising, and quitting smoking and drinking. Patients who develop difficulty swallowing may need to use an IV tube or feeding tube in the stomach. In some cases, the swallowing difficulties will be temporary, but they can be permanent as well.