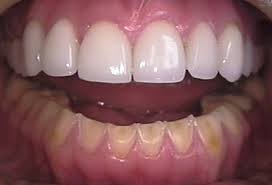 Bulimia nervosa, often shortened to bulimia, is an eating disorder. A person with bulimia has difficulties regulating their food intake. Periods of excessive overeating (bingeing) followed by periods of starvation often occur. It’s also common that someone with bulimia tries to get rid of the food or calories they have consumed, for example by making themselves sick.

The three key features of bulimia

It’s important to note that bulimia doesn’t necessarily involve purging—physically eliminating the food from your body by throwing up or using laxatives, enemas, or diuretics. If you make up for your binges by fasting, exercising to excess, or going on crash diets, this also qualifies as bulimia

If you have bulimia, you may do the following:

If you have bulimia, you are preoccupied with thoughts of food or cravings and have an intense fear of gaining weight. You may have a distorted view of your body and think you are larger in shape than you are. You might be feeling depressed and anxious, find concentrating difficult, and have feelings of guilt and shame about your eating habits.

Physically there may be no signs. Your weight may fluctuate – you will probably not be very underweight, and may be overweight. Other symptoms can include:

The binge and purge cycle

Dieting triggers bulimia’s destructive cycle of binging and purging. The irony is that the more strict and rigid the diet, the more likely it is that you’ll become preoccupied, even obsessed, with food. When you starve yourself, your body responds with powerful cravings—its way of asking for needed nutrition.

As the tension, hunger, and feelings of deprivation build, the compulsion to eat becomes too powerful to resist: a “forbidden” food is eaten; a dietary rule is broken. With an all-or-nothing mindset, you feel any diet slip-up is a total failure. After having a bite of ice cream, you might think, “I’ve already blown It, so I might as well go all out.”

Unfortunately, the relief that binging brings is extremely short-lived. Soon after, guilt and self-loathing set in. And so you purge to make up for binging and regain control.

Unfortunately, purging only reinforces binge eating. Though you may tell yourself, as you launch into a new diet, that this is the last time, in the back of your mind there’s a voice telling you that you can always throw up or use laxatives if you lose control again. What you may not realize is that purging doesn’t come close to wiping the slate clean after a binge. Over time, bulimia can lead to various physical problems. These can include:

It’s important to get treatment for bulimia to reduce the risk of these complications.

It isn’t clear why some people develop bulimia. The reasons are probably different for everyone. Emotional, physical and social reasons may be involved.

The following emotional or mental health conditions are also associated with bulimia.

If you have a perfectionist personality or one of these conditions, an eating disorder may give you a sense of control and achievement.

There are certain other factors that may make it more likely that you will develop bulimia, for example:

Getting help is very important. Admitting you have a problem is the first step, though it can be the hardest. Taking that step means you should be able to find the support and treatment you need to stop bulimia and improve your life.

Talk to your GP first. He or she will ask about your life and eating habits and will examine you to check for any physical problems resulting from bulimia.

He or she may refer you to a psychiatrist or psychologist who is trained in the treatment of eating disorders.

The treatment for bulimia should start as soon as possible.

Anyone can recover from bulimia but it can be a long process and, in times of stress, patient may relapse. For treatment to work, one must want to get better.

Bulimia can sometimes be treated by a self-help programme with help from a therapist. This treatment allows you to develop skills that will help you manage your bulimia.

Keeping a diary of eating habits and learning about healthy eating and sensible weight control may be helpful.

Support groups may help. It can be comforting to talk to other people who may have had similar feelings and experiences.

Patient’s GP may prescribe medicines (eg fluoxetine) to treat depression in the short term. Antidepressants can reduce bingeing and purging. However, there is no clear evidence that they can treat eating disorders long-term, so you’ll need other help too.

A type of talking treatment, or psychotherapy, called cognitive behavioral therapy (CBT) is often used. CBT can help the patient to learn healthier ways of thinking about food and rebuild his/her self-esteem. Patients are likely to have around 16 to 20 sessions over four to five months.

Interpersonal therapy (IPT) is another talking therapy which allows patient to discuss his/her relationships with other people. Rebuilding these relationships may stop his/her turning to food for emotional support. These kinds of therapy usually take longer, around eight to 12 months.

Most people who have bulimia don’t need to go into hospital. But if you have serious health problems that put your life at risk, or if you’re at risk of suicide or self-harm, you may need to be admitted to hospital.

It’s upsetting for loved ones to see you putting your health at risk and it’s natural that they to want to help even though he/she may find unwanted pressure or criticism may make matters feel worse.

One may wish to make his/her own choices but may need much love and support. If you recognize you have a problem, others may be able to offer help with practical matters such as finding medical help and support groups. Support groups can provide advice and information for you, friends and family.

7.) Bulimia nervosa: the secret cycle of bingeing and purging (by -Liza N. Burby)