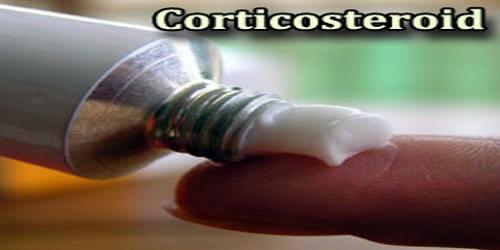 Corticosteroid is any of the steroid hormones, such as cortisol or aldosterone, produced by the cortex of the adrenal gland. Corticosteroids are also produced synthetically for medicinal purposes. Two main classes of corticosteroids, glucocorticoids and mineralocorticoids, are involved in a wide range of physiologic processes, including stress response, immune response, and regulation of inflammation, carbohydrate metabolism, protein catabolism, blood electrolyte levels, and behavior. Corticosteroids are often referred to by the shortened term “steroids.” Corticosteroids are different from the male hormone-related steroid compounds that some athletes abuse. Some corticosteroid medicines include cortisone, prednisone, and methylprednisolone. Prednisone is the most commonly used type of steroid to treat certain rheumatologic diseases. There is some basis for genetic variation in patients’ response to inhaled corticosteroids. Two genes of interest are CHRH1 (corticotropin-releasing hormone receptor 1) and TBX21 (transcription factor T-bet). Both genes display some degree of polymorphic variation in humans, which may explain how some patients respond better to inhaled corticosteroid therapy than others.

Clinical and experimental evidence indicates that corticosteroids can cause permanent eye damage by inducing central serous retinopathy (CSR, also known as central serous chorioretinopathy, CSC). A variety of steroid medications, from anti-allergy nasal sprays (Nasonex, Flonase) to topical skin creams, to eye drops (Tobradex), to prednisone have been implicated in the development of CSR. If potent or very potent topical corticosteroids are used for a long time or over a large area, there’s a risk of the medication being absorbed into the bloodstream and causing internal side effects, such as: decreased growth in children, Cushing’s syndrome.