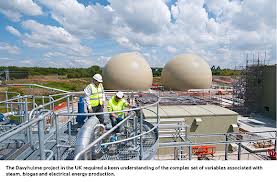 Peptic Ulcers and Gastric Cancer in Relation to Infection with Helicobacter pylori:

Although causation can never be proved (hypotheses can only be dispelled), evidence for the causative role of H pylori in duodenal ulcer is remarkably compelling and fulfils the Bradford Hill criteria—for example, showing a strong, consistent, specific, and temporal association.. The National Institutes of Health judged H pylori to be the main cause of the condition in 1994. A causal association between H pylori and chronic gastritis was proposed at the time of its discovery, and Koch’s postulates have since been fulfilled for this histological lesion.Deriving Ambient Water Quality Criteria for the Protection of Human Health.

1. Temporal relationship: There is an evident relationship between Helicobacter pylori and gastritis. The people who are infected by H. pylori and suffering from the ten years, among them almost 11% have chance of occurring chronic gastritis. From a study it was shown that 34 patients out of 321 patients had been positive for H. pylori and had duodenal ulcers.

2.  Strength of the relationship: The patients who are suffering from duodenal ulcer among them at least 90% had H. pylori positive except Australian aboriginal tribe people.

3. Dose – response relationship: Patients with duodenal ulcer have more concentrated gastric mucosa then the patients do not have duodenal ulcer.

4.  Replication of findings: Maximum studies regarding H. pylori have been trended repeatedly.

6. Consideration of alternate explanations: H. pylori infected patients are more prone to duodenal ulcer if they are smoking  but who are eradicated from H. pylori they have no risk.

7. Cessation of exposure: Duodenal ulcer is heals if H. pylori are eradicated.

8. Specificity of the association: Ninety to hundred percent patients with duodenal ulcers have H. pylori prevalence.

Helicobacter pylori can’t be a cause of duodenal ulcers:

Helicobacter pylori and duode­nal ulcer are linked. However, association does not prove cau­sation. An association between A and B may mean that A causes B, B causes A, or both B and A are caused by another factor.

No link with prevalence:

If H pylori were the primary cause, we would not see regional variation in the prevalence of duodenal ulcer within areas of high preva­lence, particularly developing countries. This does not refer to Holcombe’s “African enigma,” the alleged finding that duodenal ulcer was uncommon in Africa despite near ubiquity of the organism; that suggestion has been consigned to oblivion by Agha and Graham’s elegant systematic review showing that difficulties in reporting and in delivering medical care were responsible. However, in rural areas in developing coun­tries, there are marked differences in preva­lence of duodenal ulcer. These differences seem to be related to the staple diet and the local climate. For instance, in both India and China duodenal ulcer is commoner in the south than the north despite a lack of corre­sponding differences in H pylori infection.1‑4 This regional effect is visible in Agha and Graham’s review: the percentages of endo­scopic duodenal ulcer in areas of low rainfall are about one half of those in other areas, supporting earlier findings. Moreover, H pylori infection has been present for many centuries, but duodenal ulcer emerged only around 1900.

Can different virulent strains explain these discrepancies? Reports from 19 developing countries, where H pylori infection is almost ubiquitous (70-90%) and 77-88% of the strains carry the virulence factors cagA and vacA, show no relation between these fac­tors and clinical outcome.

In developed countries, duodenal ulcers occur in people without H pylori infec­tion, even if we exclude factors such as non-steroidal anti-inflammatory drugs and Crohn’s disease. Ulcers are proportionately more common (up to 75% of all cases) in areas of low H pylori prevalence. Duodenal ulceration can also recur after eradication without re-infection. Again, half of patients with acute perforations of a duodenal ulcer (that is, with only a brief period of previous indigestion) are H pylori negative. Three papers report patients with a short history of duodenal ulcer being H pylori negative and that infection rates increase with length of history. These results are more consistent with duodenal ulcer causing infection with H pylori than with the reverse.

These arguments preclude H pylori infection as the primary cause, but there is no doubt that treatment of H pylori infection does lead to quicker and more stable healing of duode­nal ulcer. How can this be explained? Before Warren’s epic paper in 1984 it was generally accepted that duodenal ulcer was due to high acid secretion. Effective measures to reduce acid output, surgical or medical, led to long term healing, despite (presumably) persistence of H pylori infection; ineffective measures did not. We conclude that a high acid output is the primary cause, and that H pylori infection is secondary, delaying healing and leading to chronicity. It delays healing by impairing angiogenesis, diminishing the local blood supply to the ulcer area, and by interfering with the healing of damaged duodenal epithe­lial cells. These effects explain how eradicat­ing the organism converts a chronic relapsing disease into one that can be cured.

Our suggestions explain the fact that H pylori infection is more common in people with duodenal ulcer than those without ulcers. The ability of H pylori to colonise the stomach is pH dependent. At a low pH the patient is likely to be uninfected. Later, as a result of treatment suppressing acidity, H pylori infection occurs, starting initially in the antrum because of its higher pH.

The antral infection results in hypergastri­ naemia, which causes an increased output of acid. Many think that this increase is suf­ficient to cause duodenal ulceration. How­ever, duodenal ulcer occurs only in patients whose maximal acid output in response to continuous intravenous histamine stimula­tion exceeds a certain level; above that level ulcers increase with secretion rate, and above the upper 95% tolerance limit of the popula­tion they become inevitable. Accurate tech­niques show that H pylori infection reduces maximal histamine stimulated acid output in people with and without duodenal ulcer. A bacterium that depresses maximally stimu­lated gastric secretion is unlikely to cause a condition associated with hypersecretion of maximally stimulated gastric acid.

Advocates of eliminating H pylori from a population to reduce gastric cancer incidence should be aware that they may be increasing the likelihood of duodenal ulcer by removing a brake on gastric acid secretion.