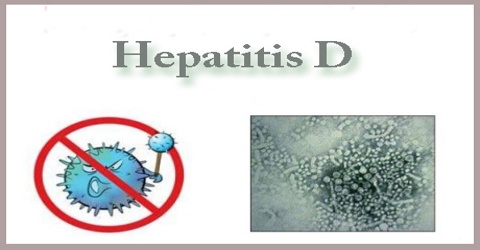 Hepatitis D, also known as the delta virus, is an infection that causes the liver to become inflamed. Hepatitis D is transmitted through percutaneous or mucosal contact with infectious blood and can be acquired either as a coinfection with HBV or as superinfection in people with HBV infection. There is no vaccine for Hepatitis D, but it can be prevented in persons who are not already HBV-infected by Hepatitis B vaccination.

HDV is one of many forms of hepatitis. Other types include: It is estimated that globally, 5% of HBsAg positive people are coinfected with HDV and the distribution is worldwide. High-prevalence areas include the Mediterranean, Middle East, Pakistan, Central and Northern Asia, Japan, Taiwan, Greenland and parts of Africa (mainly the horn of Africa and West Africa), the Amazon Basin and certain areas of the Pacific. Prevalence is low in North America and Northern Europe, South Africa, and Eastern Asia.

Causes and Symptoms of Hepatitis D

Hepatitis D only occurs in people who have hepatitis B. This is because hepatitis D virus is a defective (incomplete) virus and requires hepatitis B virus to survive and multiply. Hepatitis D is spread when infectious body fluids (blood, saliva, semen and vaginal fluid) come into contact with body tissues beneath the skin, for example, through needle puncture or broken skin or mucous membranes the thin moist lining of many parts of the body such as the mouth, throat and genitals. Hepatitis D doesn’t always cause symptoms. When symptoms do occur, they often include:

The diagnosis is based on signs and symptoms and confirmed with a serology blood test (serology) and/or PCR (polymerase chain reaction) test in a pathology laboratory. Positive serology indicates previous exposure to hepatitis D virus while PCR testing is used to confirm the presence of the virus. The only known way to prevent hepatitis D is to avoid infection with hepatitis B. People can take the following preventive measures to reduce their risk for hepatitis B:

Get vaccinated. There’s a vaccine for hepatitis B that all children should receive. Adults who are at high risk for infection, such as those who abuse intravenous drugs, should also be vaccinated. The vaccination is usually given in a series of three injections over a period of six months.

Be cautious about tattoos and piercings. Go to a trustworthy shop whenever you get a piercing or tattoo. Ask how the equipment is cleaned and make sure the employees use sterile needles.

There is no specific treatment for acute or chronic HDV infection. Persistent HDV replication is the most important predictor of mortality and the need for antiviral therapy. Pegylated interferon alpha is the only drug effective against HDV; antiviral nucleotide analogues for HBV have no or limited effect on HDV replication. The optimal duration of therapy is not well defined, nor how long patients need to be HDV RNA negative after the end of therapy to achieve a sustained virological response. More than 1 year of therapy may be necessary.