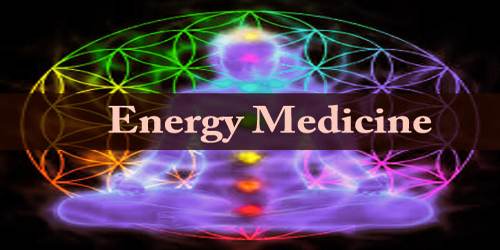 The term “Energy Medicine” refers to techniques that involve putative energy fields. Actually, Energy medicine, energy therapy, energy healing, vibrational medicine, psychic healing, spiritual medicine or spiritual healing are branches of alternative medicine based on a pseudo-scientific belief that healers can channel healing energy into a patient and effect positive results. This idea itself contains several methods: hands-on, hands-off, and distant (or absent) where the patient and healer are in different locations.

Many schools of energy healing exist using many names: for example, biofield energy healing, spiritual healing, contact healing, distant healing, Qi Do, therapeutic touch, Reiki or Qigong. Spiritual healing occurs largely among practitioners who do not see traditional religious faith as a prerequisite for effecting cures. Faith healing, by contrast, takes place within a traditional or non-denominational religious context such as with some televangelists.

Energy Medicine utilizes techniques from time-honored traditions such as acupuncture, yoga, kinesiology, and qi gong. Flow, balance, and harmony can be non-invasively restored and maintained within an energy system by tapping, massaging, pinching, twisting, or connecting specific energy points (acupoints) on the skin; by tracing or swirling the hand over the skin along specific energy pathways; through exercises or postures designed for specific energetic effects; by focused use of the mind to move specific energies; and/or by surrounding an area with healing energies.

Energy Medicine is a word coined by three researchers who gathered at Boulder, Colorado, the USA in the late 1980s. This is defined as any energetic or informational interaction with a biological system to bring back homeostasis in the organism. Meanwhile, in the late 1990s, the National Institutes of Health, the official arm of health policy and implementation in the United States of America defined areas within Complementary and Alternative Medicine through five subdivisions. They are:

While these divisions are not arbitrary, it is still breaking up a holistic area into disparate entities. At the core of all this is the concept of subtle energy, which seems to sustain and promote life, processes in the biological system. In the early-20th century health claims for radio-active materials put lives at risk, and recently quantum mechanics and grand unification theory have provided similar opportunities for commercial exploitation. Thousands of devices claiming to heal via putative or veritable energy are used worldwide. Many of them are illegal or dangerous and are marketed with false or unproven claims. Several of these devices have been banned. Reliance on spiritual and energetic healings is associated with serious harm or death when patients delay or forego medical treatment.

While early reviews of the scientific literature on energy healing were equivocal and recommended further research, more recent reviews have concluded that there is no evidence supporting clinical efficiency. The theoretical basis of healing has been criticized as implausible, research and reviews supportive of energy medicine have been faulted for containing methodological flaws and selection bias, and positive therapeutic results have been determined to result from known psychological mechanisms.

Edzard Ernst, formerly Professor of Complementary and Alternative Medicine at the University of Exeter, has said that “healing continues to be promoted despite the absence of biological plausibility or convincing clinical evidence…that these methods work therapeutically and plenty to demonstrate that they do not”. Some claims of those purveying “energy medicine” devices are known to be fraudulent and their marketing practices have drawn law-enforcement action in the US.

How Does Energy Medicine Work –

Energy Medicine recognizes energy as a vital, living, moving force that determines much about health and happiness.

To maintain vibrant health, the body needs its energies to:

Move and have space to continue to move energies may become blocked due to toxins, muscular or other constriction, prolonged stress, or interference from other energies.

Move in specific patterns generally in harmony with the physical structures and functions that the energies animate and support. “Flow follows function.”

Maintain a balance with other energies the energies may lose their natural balance due to prolonged stress or other conditions that keep specific energy systems in a survival mode.

Conversely, when the body is not healthy, corresponding disturbances in its energies can be identified and treated.

Entering the world of our body’s subtle energies is a bridge into the domain of our deepest spiritual callings and our eternal essence. While no particular belief system, allegiance, or religious affiliation is associated with Energy Medicine, many people find that energy work touches into the realms of soul and spirit. Energy medicine often proposes that imbalances in the body’s “energy field” result in illness, and that by re-balancing the body’s energy-field health can be restored. Some modalities describe treatments as ridding the body of negative energies or blockages in ‘mind’; illness or episodes of ill health after a treatment are referred to as a ‘release’ or letting go of a ‘contraction’ in the body-mind. Usually, a practitioner will then recommend further treatments for complete healing.

Types of “”veritable energy medicine” include magnet therapy, colorpuncture, and light therapy. Medical techniques involving the use of electromagnetic radiation (e.g. radiation therapy or magnetic resonance imaging) are not considered “energy medicine” in the terms of alternative medicine.

Types of “putative energy medicine” include bio-field energy healing therapies where the hands are claimed to direct or modulate “energies” which are believed to effect healing in the patient; this includes spiritual healing and psychic healing, Therapeutic touch, Healing Touch, Hands of light, Esoteric healing, Magnetic healing (now a historical term not to be confused with magnet therapy), Qigong healing, Reiki, Crystal healing, distant healing, intercessory prayer, and similar modalities. Concepts such as Qi (Chi), Prana, Innate Intelligence, Mana, Pneuma, Vital fluid, Odic force, and Orgone are among the many terms that have been used to describe these putative energy fields. This category does not include Acupuncture, Ayurvedic medicine, Chiropractic, and other modalities where a physical intervention is used to manipulate a putative energy.

Polarity therapy founded by Randolph Stone is a kind of energy medicine based on the belief that a person’s health is subject to positive and negative charges in their electromagnetic field. It has been promoted as capable of curing a number of human ailments ranging from muscular tightness to cancer; however, according to the American Cancer Society “available scientific evidence does not support claims that polarity therapy is effective in treating cancer or any other disease”.

Therapeutic Touch is a method of energy healing incorporating techniques from traditional Chinese medicine, Ayurveda, and laying on of hands. It was developed in the 1970s by a nurse, Delores Krieger, Ph.D., R.N., at New York University School of Nursing, and Dora Kunz, a healer and author, and is comparable to first-degree Reiki. A Therapeutic Touch practitioner does not actually touch the patient but passes his hands lightly over the patient’s body to detect and then “unruffle” in Therapeutic Touch terminology energetic blockages. The practitioner then directs energy into the patient to assist healing.

Physicists and sceptics criticize these explanations as pseudophysics a branch of pseudoscience which explains magical thinking by using irrelevant jargon from modern physics to exploit scientific illiteracy and to impress the unsophisticated. Indeed, even enthusiastic supporters of energy healing say that “there are only very tenuous theoretical foundations underlying spiritual healing.”