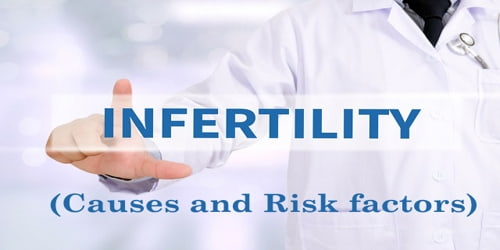 Definition: Infertility happens when a couple cannot conceive after having regular unprotected sex. It is usually not the natural state of a healthy adult, except notably among certain eusocial species (mostly haplodiploid insects).

Infertility also refers to women who are unable to carry a pregnancy to term. The Centers for Disease Control and Prevention (CDC) estimates that at least one in ten U.S. women of childbearing age has difficulty getting pregnant or staying pregnant.

There are many causes of infertility, including some that medical intervention can treat. The most common cause of female infertility is ovulatory problems which generally manifest themselves by sparse or absent menstrual periods. Male infertility is most commonly due to deficiencies in the semen, and semen quality is used as a surrogate measure of male fecundity.

Women who are able to conceive but not carry a pregnancy to term may also be diagnosed with infertility.

Being diagnosed with infertility doesn’t mean that their dreams of having a child have come to an end. It may take some time, but a significant number of infertile couples will eventually be able to have a child. Some will do so on their own. Others will need medical assistance. Causes and Risk factors of Infertility: Antisperm antibodies (ASA) have been considered as infertility cause in around 10–30% of infertile couples. In both men and women, ASA production is directed against surface antigens on sperm, which can interfere with sperm motility and transport through the female reproductive tract, inhibiting capacitation and acrosome reaction, impaired fertilization, influence on the implantation process, and impaired growth and development of the embryo.

Infertility causes can affect one or both partners. In general:

Common causes of infertility of females include:

Some causes of male infertility include:

Risk factors for infertility include:

Women at risk of fertility problems include those with eating disorders, such as anorexia or bulimia, and women who follow a very low calorie or restrictive diet. Insufficient exercise contributes to obesity, which increases the risk of infertility. Less often, ovulation problems may be associated with frequent strenuous, intense exercise in women who are not overweight.