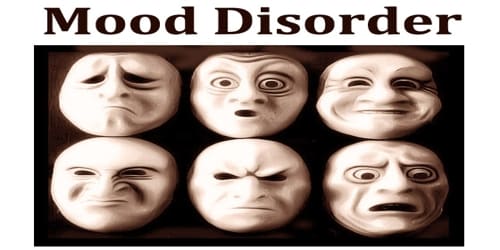 Mood disorder, also known as mood (affective) disorders is a category of illnesses that describe a serious change in mood. It is a group of conditions where a disturbance in the person’s mood is the main underlying feature. The classification is in the Diagnostic and Statistical Manual of Mental Disorders (DSM) and International Classification of Diseases (ICD). Causes, Symptoms, and Effect – Major depression is the most common mood disorder. This debilitating illness causes mental anguish and physical ailments. It often prevents normal daily function. Some examples of mood disorders include:

Bipolar disorder is also considered a mood disorder and it is hypothesized that it might be caused by mitochondrial dysfunction or mitochondrial disease. It is a dangerous and debilitating disorder that causes a person’s mood, activity, and energy levels to shift unexpectedly. People with bipolar disorder experience severe mania, and they may or may not have episodes of depression. They usually have some periods of partial or full stability as well.

People with mood disorders tend to alienate friends and family. They often have trouble in school and at work and have difficulty keep a job. Those with mania tend to have problems with authority figures. Those with depression have a high risk of suicide. With mania comes the risk of death, injury or trauma caused by reckless and dangerous behavior.

There are different types of treatments available for mood disorders, such as therapy and medications. Behavior therapy, cognitive behavior therapy, and interpersonal therapy have all shown to be potentially beneficial in depression. Major depressive disorder medications usually include antidepressants, while bipolar disorder medications can consist of antipsychotics, mood stabilizers, anticonvulsants and/or lithium.

How Common Are Mood Disorders –

About 20% of the U.S. population reports at least one depressive symptom in a given month, and 12% report two or more in a year. A survey conducted in 1992 found rates of major depression reaching 5% in the previous 30 days, 17% for a lifetime. Bipolar disorder is less common, occurring at a rate of 1% in the general population, but some believe the diagnosis is often overlooked because manic elation is too rarely reported as an illness.