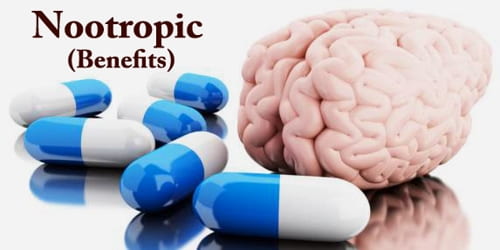 Definition: Nootropics (/noʊ.əˈtrɒpɪks/ noh-ə-TROP-iks) (colloquial: smart drugs and cognitive enhancers) are sometimes called smart drugs, brain boosters, or memory-enhancing drugs, the term “nootropics” was coined by scientist Dr. Corneliu E. Giurgea, who developed the compound piracetam as a brain enhancer, according to The Atlantic. While many substances are purported to improve cognition, research is at a preliminary stage as of 2018, and the effects of the majority of these agents are not fully determined.

The word is derived from the Greek noo, meaning mind, and trope, which means “change” in French. In essence, all nootropics aim to change your mind by enhancing functions like memory or attention.

To get really technical, in order to be a nootropic, a substance must meet five criteria set by Dr. Corneliu E. Giurgea, the man who coined the term “nootropic.”  The substance must…

This is a pretty hefty list of requirements for any chemical.  In fact, anything that meets this full definition could equally well be called a “miracle drug,” not just a nootropic.

Nootropics ostensibly work by protecting neurons in our brain from becoming damaged by toxins and ageing. The theory is that they stimulate neurons and increase blood and oxygen flow to our brain, which supposedly leads to improvements in our attention span and other areas of cognitive functioning. Benefits of Nootropics: Nootropics is an umbrella term for a class of chemicals some naturally-occurring, some manmade that give cognitive benefits to the human brain. As a result of the evolving meaning of nootropic and widening nootropic audience, the benefits associated with brain supplements are more numerous and expansive than ever before. They include enhancements for:

However, normally when people hear the term nootropic kicked around, they really mean a “cognitive enhancer” — something that does benefit thinking in some way (improved memory, faster speed-of-processing, increased concentration, or a combination of these, etc.), but might not meet the more rigorous definition above.  “Smart drugs” is another largely-interchangeable term.