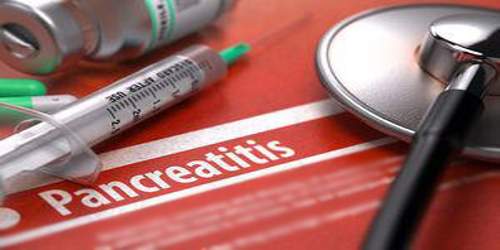 Pancreatitis is a condition characterized by inflammation of the pancreas. It is an abdominal gland situated behind the stomach in the upper abdomen. The main function of the pancreas is to secrete hormones and enzymes that help with digestion and regulate blood sugar (glucose) metabolism. There are two main types, acute pancreatitis and chronic pancreatitis. Signs and symptoms of pancreatitis include pain in the upper abdomen, nausea and vomiting. The pain often goes into the back and is usually severe. In acute pancreatitis a fever may occur and symptoms typically resolve in a few days. In chronic pancreatitis weight loss, fatty stool, and diarrhea may occur. Complications may include infection, bleeding, diabetes mellitus, or problems with other organs. Causes, Sugn and Symptoms of Pancreatitis

The causes of pancreatitis include: The most common symptoms of pancreatitis are severe upper abdominal or left upper quadrant burning pain radiating to the back, nausea, and vomiting that is worse with eating. The physical examination will vary depending on severity and presence of internal bleeding. Blood pressure may be elevated by pain or decreased by dehydration or bleeding. Heart and respiratory rates are often elevated. The abdomen is usually tender but to a lesser degree than the pain itself. As is common in abdominal disease, bowel sounds may be reduced from reflex bowel paralysis. Fever or jaundice may be present. Chronic pancreatitis can lead to diabetes or pancreatic cancer. Unexplained weight loss may occur from a lack of pancreatic enzymes hindering digestion.

Diagnosis and Treatment of Pancreatitis

The differential diagnosis for pancreatitis includes but is not limited to cholecystitis, choledocholithiasis, perforated peptic ulcer, bowel infarction, small bowel obstruction, hepatitis and mesenteric ischemia. Doctors may also use other tests, such as: In more advanced stages of the disease, doctors may use blood, urine, and stool tests to confirm the diagnosis. In most cases of acute pancreatitis, admission to the hospital is needed, whereas some cases of chronic pancreatitis can be managed in an outpatient setting.

The treatment of pancreatitis is supportive and depends on severity. Morphine generally is suitable for pain control. There are no clinical studies to suggest that morphine can aggravate or cause pancreatitis or cholecystitis.