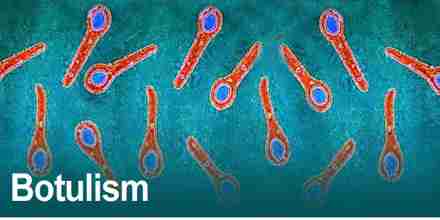 Foodborne botulism is a serious, potentially fatal disease. However, it is relatively rare. It is an intoxication usually caused by ingestion of potent neurotoxins, the botulinum toxins, formed in contaminated foods. Person to person transmission of botulism does not occur. Botulism is a rare but serious illness that causes flaccid paralysis of muscles. It is caused by a neurotoxin, called botulinum toxin, produced by the bacterium Clostridium botulinum. Botulism is a rare but serious condition caused by toxins from bacteria called Clostridium botulinum.