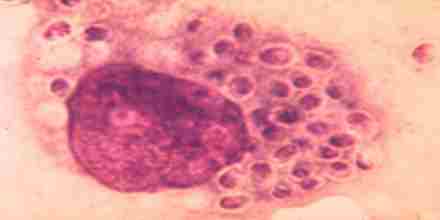 Histoplasmosis is a disease, usually affecting the lungs, caused by the Histoplasma capsulatum fungus. Although many people that are or have been infected with H. capsulatum do not appear ill, some people in the acute phase of the disease have a dry cough, fever, and chest pains and do feel ill. There are several types of histoplasmosis (acute, chronic and disseminated). H. capsulatum was first described by Samuel Darling in 1906 within human tissue cells. In 1932, Katharine Dodd and Edna Tompkins made the first diagnosis of histoplasmosis in an infant.