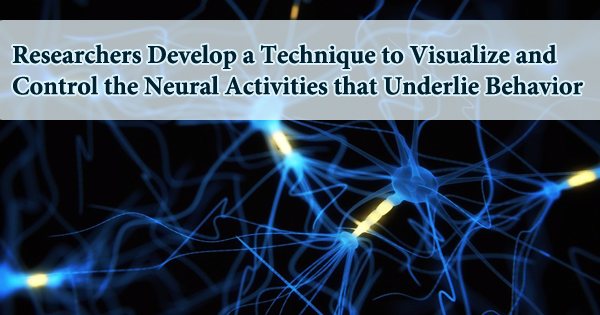 Researchers at the Howard Hughes Medical Institute (HHMI) have developed a novel molecular switch that can turn neurons on or off. The scientists used the switches to suppress the appetites of hungry mice, implying that these techniques might aid researchers in better understanding the relationship between behavior and brain circuitry. Since the beginning of brain research, scientists have wondered if the biology they’ve discovered may be linked to exterior actions. Researchers are learning a lot about the biophysical, chemical, and cellular interactions that occur in neurons, but linking those connections to outer behaviors is still a work in progress.

“The biophysical properties of neurons are pretty well known,” said Hyungbae Kwon, Ph.D., Research Group Leader at the Max Planck Florida Institute for Neuroscience (MPFI). “What we don’t know well is how these connections and communications trigger our behavior.”

Dr. Kwon and his team are attempting to answer this lofty issue by taking a fresh look at the brain. Dongmin Lee, Ph.D., and Jung Ho Hyun, Ph.D., post-doctoral researchers in the Kwon Lab, present a novel tool they created to detect and regulate neurons in a paper published in the journal Nature Biotechnology in June 2017. The new approach, known as the Calcium and Light-Induced Gene Handling Toolkit or “Cal-Light,” allows researchers to watch and alter the brain processes that underpin behavior with unprecedented sensitivity, with the goal of identifying causation between neuronal activity and behavior.

Many cognitive processes, such as decision-making, take seconds or minutes to complete. Neuroscientists have long wished to record neuron activity during such activities, but it has remained a pipe dream until now. Calcium imaging was frequently utilized by researchers who wished to examine neural activity in real-time. The method takes use of the calcium influx that occurs while neurons are actively firing. It’s simpler to observe calcium ions fire in real-time when they’re labeled with a fluorescent dye, but it doesn’t link them to specific neuronal populations.

Ion channels are active every time a neuron in our brain fires. Ions like calcium and sodium can enter and exit cells through these protein pathways. Ion channels are a hot topic among researchers, including Scott Sternson of HHMI’s Janelia Farm Research Campus. We hope to take charge of the molecules and use them as “remote control over neuron activity,” says Sternson, a chemist-turned-neuroscientist who has had this project in mind since he joined Janelia Farm in 2006. Scientists may be able to uncover how tiny groups of neurons decide what behaviors an animal does by utilizing ion channels to stimulate or inhibit particular cells in an animal’s brain, he explains.

The Cal-Light method connects fluorescent gene expression with both activity and light, building on classic calcium imaging and new optogenetic approaches for influencing neural activity. Only when the neurons are active and a researcher puts a particular light on them will they glow. The neurons will quit fluorescing if the researcher turns off the light, substantially improving the signal-to-noise ratio and time specificity. Researchers can control cells using optogenetics once they’ve identified a group of cells implicated in a certain activity using Cal-Light. This enables them to analyze actions with incredible precision and, in certain cases, even assist in the development of proof of causal links.

Researchers may use existing methods to design cells such that when neurons activate the cfos gene, which helps cells respond to new information, they simultaneously activate a fluorescent protein or another tagging molecule. The system is set up so that the animals are only labeled when they are exposed to a medication that activates the system, allowing scientists some control over the timing but not a lot of precision. Dr. Kwon’s team evaluated the Cal-Light method in cell culture and then in vivo in a mouse model to prove that it works.

The method was used to identify, label, and control a population of motor cortex neurons that activated when a mouse pulled a lever to earn a reward in response to a stimulus in the model. His team gave the stimulus to the mouse while optogenetically suppressing the group of neurons of interest once they were identified and tagged. The animal no longer pressed the lever when cells were suppressed, indicating that the activity of these cells was required for the mouse to carry out the action.

By identifying neurons that regulate certain activities and giving ways to manipulate them, this newly developed approach gives an unparalleled potential. According to Dr. Kwon, “The Cal-Light technique offers an opportunity to dissect the neural circuits underlying complex behaviors, sensation, and cognition and introduces a new way of approaching complex questions in neuroscience.”