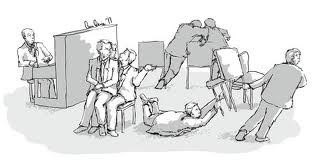 Scenario Regarding the Main Topic of the Report in Bangladesh

According to main topic of the study foreign exchange, the scenario covers the international trade, how can foreign trade contribute economic development, situation of balance of trade and payment, and other role government & Regulatory authority. Here given the scenario:

International Trade (IT) can be defined as either the buying (importing) or selling (exporting) of goods or services on a global basis.

International trade is the exchange of goods and services across international boundaries or territories. Goods can be defined as finished products, as intermediate goods used in producing other goods or an agricultural products and food stuffs.

Global trade allows wealthy countries to use their resources – whether labor, technology or capital – more efficiently. Because countries are endowed with different assets and natural resources (land, labor, capital and technology), some countries may produce the same good more efficiently and therefore sell it more cheaply than other countries. If a country cannot efficiently produce an item, it can obtain the item by trading with another country that can. This is known as specialization in international trade

Other Possible Benefits of Trading Globally:

International trade not only results in increased efficiency but also allows countries to participate in a global economy, encouraging the opportunity of foreign direct investment (FDI), which is the amount of money that individuals invest into foreign companies and other assets. In theory, economies can therefore grow more efficiently and can more easily become competitive economic participants. For the receiving government, FDI is a means by which foreign currency and expertise can enter the country. These raise employment levels and, theoretically, lead to a growth in the gross domestic product. For the investor, FDI offers company expansion and growth, which means higher revenues
Export Import in International Trade & Balance of Trade :

Export is the provision of goods, services or knowledge across national and international boundaries.

Import is any good or commodity, brought into one country from another country in a legitimate fashion, typically for use in trade.

In the modern world, there is hardly any country, which is self-sufficient in the sense that it produces all the goods and services that it needs. Every country Imports from other countries the goods that cannot be produced at all in the country or can be produced only at higher cost than foreign suppliers. Similarly, a country exports to other countries the commodities which those countries prefer to buy from abroad rather than produce at home.

Exports are normally calculated F.O.B (free on board), whereas Imports are calculated C.I.F (Cost, Insurance, Freight). Exports of commodities to foreign countries add to our Foreign Exchange Earnings, while imports add to the payments that we have to make to the foreigners.

The Balance of Payments of a country for a period of time is a complete and systematic statement of all economic and business transactions made by its Residents, Government or Agencies with rest of the world.

Balance of Payment Situation of Bangladesh

Balance of Payment records are kept by the Central bank. Bangladesh Bank formulates this sort of presentation to reflect the overall economic conditions of our country:

Economic Development may be defined as a process whereby an economy’s real national income is carried on from a lower to a higher plank over a long period.

The process of Economic Development needs development of capital resources besides other structural changes like improvement in skill and efficiency of human resources, better organization, better health, education etc. Capital formation is the most significant variable of Economic Development. International trade is an important stimulator of economic growth. It enlarges countries consumption.

In a world of free trade, international prices and cost of production determine how much a country should trade in order to maximize its national welfare. Countries should follow the dictates of the principle of comparative advantage and not try to interfere with the free working of the market.

Role of Government and Other Regulatory Authority that contribute national interests and foreign exchange:

Since international trade is an integral part of a nation’s economy, roles of government and other regulatory authority are necessary to protect what are regarded as national interests.

Government’s action may occur in response to the trade policies of other countries, or it may be resorted to protect specific industries. Since the beginning of international trade, nations have striven to achieve and maintain a favorable balance of trade- that is –to export more than they import.

In international trade, government evolves as a partisan player whose active intervention in the area of industrial policy (guiding the market through strategic coordination of business investments to increase export market shares) are specially designed to create a comparative advantage where none existed before but where world demand is likely to rise in the future.

Moreover, government is responsible for designing the industrial policy emphasizing on import-substitution so that the country dose not suffer from negative balance of payment position.

On the other hand, government’s role in protecting the interest of the local industry is vital. Sometimes, growth of local industry requires government’s support in the form of import restriction, direct subsidy for capital investment etc. government may play its role in this respect by imposing import quota, tariff and some non-tariff barriers.

Here the scenario the foreign exchange of the Bangladesh that contribute our economical development and national interests, of course enrich our banking sector in Bangladesh.