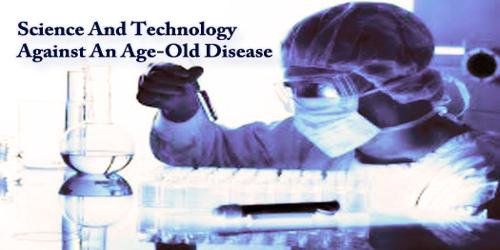 Science And Technology Against An Age-Old Disease

When I started working on the research and science of leprosy more than a decade ago, people thought this chronic infectious disease would eliminate itself and burn out over time.

We didn’t have time for that. Why? Nearly 250,000 new cases of leprosy are diagnosed every year, and many more go undetected. Approximately 10 percent of new cases occur in children.

Even though it’s associated with biblical times, leprosy remains a problem in the modern era and was reported in 130 countries worldwide. It’s most prevalent in a number of countries throughout Africa, Asia, and South America. Symptoms include progressive and permanent damage to the skin, nerves, limbs, and eyes but they can take several years to appear, making the disease hard to diagnose at an early stage. Even: worse leprosy conies with a stigma. Unlike most other diseases, leprosy results in isolation, as people with leprosy are often shunned. The good ‘news, however, is that we flaw have the key scientific solutions and momentum as well as key collaborations to finally have the opportunity to eliminate leprosy. I couldn’t have said these 10 years ago… At IDRI (Infectious Disease Research Institute), we are also attacking leprosy in two different ways.

First, by developing a fast, easy-to-use test that provides an early diagnosis of infection before clinical symptoms, such as nerve, damage, begin to appear. This new approach is far superior to the traditional method of diagnosis, which has generally involved clinical and/or microscopic assessment. IDRI is also developing a companion test so that we can identify which people will likely progress to the disease and to determine the appropriate course of treatment.

And, second, by developing a vaccine that can be used therapeutically in conjunction with antibiotics to shorten therapy. IDRI’s diagnostic tools would be used to identify infected individuals and IDRI’s vaccine would then be used on a targeted basis for the treatment of the patient as well as to immunise family members and close contacts. This treatment and prevention strategy has been significantly bolstered by support from some pharmaceutical giants that donate the currently used antibiotics.

The most exciting part of this breakthrough is the fact that we’re now right on the course of human clinical trials after a decade of leprosy vaccine development. The Food and Drug Administration will initially oversee the multi-stage trials in the USA before they move on to the Philippines, India, and Brazil.

Global technology has been an integral part of our quest to eliminate leprosy. The rapid diagnostic test for leprosy infection, for example, was developed in conjunction with a Brazilian company. This company combined IDRI’s leprosy diagnostic antigens with a smartphone-based platform that standardizes the ability to accurately interpret results and get a quantitative value. The test requires just a single drop of blood, mixed with a developing reagent. The appearance of two lines indicates that the person is positive for leprosy. From there, the information from the phone is pushed to the person’s medical records.

People around the world now believe we will soon have the tools to finally eliminate leprosy. The next step is making this disease disappear.