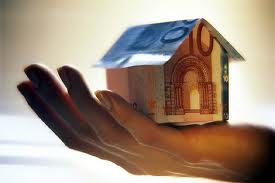 The main purpose of this report is to analysis the financial position of the Square Pharmaceuticals Ltd.

Research Methodology of the Study:

The study was designed from descriptive point of view. The report is prepared by using secondary data. Different books, articles, annual reports and websites were used as sources for secondary data collection.

Limitations of the Study:

There are some limitations in my study. I have faced some problems during the study of internship report, which are as follows-

Time insufficient to know all activities about the Square Pharmaceuticals Ltd.

Scarcity of information about the Square Pharmaceuticals Ltd.

Inexpertness to write a report.

I have tried my level best to make this report a true, bias-free and informative one. I hope that it will provide an original picture of Square Pharmaceuticals Ltd.

Annual Report of Square Pharmaceuticals Limited is a very useful report for analysis of its financial performance. This report explained about financial strength. Customer service, risk management, corporate social responsibility, and good governance. Director’s Report section explained the global economy and Bangladesh economy. This report tried to accumulate all the relevant data and topics regarding financial performance.  This report would be very helpful and handy for potential investors and policy makers.

We view business as a means to the material and social wellbeing of the investors, employees and the society at large, leading to accretion of wealth through financial and moral gains as apart of the process of the human civilization.

Our Mission is to produce and provide quality & innovative healthcare relief for people, maintain stringently ethical standard in business operation also ensuring benefit to the shareholders, stakeholders and the society at large

Our objectives are to conduct transparent business operation based on market mechanism within the legal & social frame work with aims to attain the mission reflected by our vision.

Our vision, our mission and our objectives are to emphasize on the quality of product, process and services leading to growth of the company imbibed with good governance practices

We in SQUARE, strive, above all, for top quality health care products at the least cost reaching the lowest rungs of the economic class of people in the country. We value our social obligations.

We owe our shareholders and strive for protection of their capital as well as ensure highest return and growth of their assets.

We strive for best compensation to all the employees who constitute the back-bone of the management and operational strength of the  company  through  a  pay-package  composing  salary/wages,  allowances,  bonuses,  profit  participation,  leave  salary  and superannuation & retirement benefits.

We strive for the best co-operation of the creditors & debtors the banks & financial Institutions who provide financial support when we need them, the suppliers of raw materials & suppliers who offer them at the best prices at the opportune moments, the providers of utilities-power, gas & water etc. and the customers who buy our products & services by redeeming their claim in time by making prompt payment and by distributing proper product on due dates to our customers.

We strive for fulfillment of our responsibility to the government through payment of entire range of due taxes, duties and claims by various public agencies like municipalities etc.

We  strive,  as  responsible  citizen,  for  a  social  order  devoid  of  malpractices,  anti-environmental  behaviours,  unethical  and  immoral activities and corruptive dealings.

We strive for practicing good-governance in every sphere of activities covering inter alia not being limited to, disclosure & reporting to shareholders,  holdin AGM  in  time,  distribution  of  dividends  and  other  benefits  to  shareholders,  reporting/dissemination  of  price sensitive information, acquisition of shares by insiders, recruitment & promotion of staff, procurement & supplies, sale of assets etc. all that directly and indirectly affect the interest of concerned groups – the shareholders, the creditors, suppliers, employees, government and the public in general.

We strive for equality between sexs, races, religions and regions in all spheres of our operation without any discriminatory treatment.

The  ten  principles  of  Global  Compact  initiated  by  the  UN  Secretary  General  as  have  been  adopted  by  Square Pharmaceuticals Ltd. are as follows :

(1) Businesses should support and respect the protection of internationally proclaimed human rights within their sphere of influence; and

(2) Make sure that they are not complicit in human rights abuses.

(3) Businesses should uphold the freedom of association and the effective recognition of the right to collective bargaining;

(4) The elimination of all forms of forced and compulsory labor;

(5) The effective abolition of child labor and

(6) Eliminate discrimination in respect of employment and occupation

(7) Business should support a precautionary approach to environmental challenges:

(9) Encourage the development and diffusion of environmentally friendly technologies.

(10)  Business should work against corruption in all its forms, including extortion and bribery.

Financial Soundness Analysis includes the study of relationships within a set of financial statement at a point in time and with trends in these relationships over time.

Constructing trend statements involves choosing one year as a base & then expressing the statement items of subsequent years relative to the value in the base year.

One impetus to the development of the common-size statement came from the problems in comparing the financial statements of firms that differ in size.

The most widely discussed the financial technique is a comparison of ratio across firms. Numerous individual ratios have been proposed in the literature.

The Four Categories of Financial Ratio Analysis are as follows-

The ratios that show the relationship of the firm’s current assets to its current liabilities are known as liquidity ratios. It measures the firm’s ability to satisfy its short term obligation as they come due.

Some representatives of Liquidity Ratios are as follows-

The ratios that measure how effectively a firm is managing its assets are called activity ratios.

Some representatives of Activity Ratios are as follows-

The ratios that measure the ability of the firm’s long term financial solvency are called debt management ratios. Long term creditors and stockholders are particularly interested in a company’s ability to pay interest as it comes due and to repay the face value of debt at maturity.

A group of ratios showing the effect of liquidity, assets, management and debt management on firm’s operation are called profitability ratios.

Some representatives of Profitability Ratios are as follows-

Results of Financial Ratios of SPL & their Interpretation

Quick ratio or Acid test measures the company’s immediate short term liquidity. The acid test is designed to measure how well a company can meet its obligation without having to liquidate or depend too heavily on its inventory. It is computed by dividing the sum of cash, short term investment and net receivables by current liabilities.

The Receivables Turnover is a rough measure of how many times a company’s accounts receivable have been turned into cash during the year. The ratio is used to assess the liquidity of the receivables. It is computed by dividing net credit sales by average net receivables.

Inventory Turnover ratio measures how many times a company’s inventory has been sold and replaced during the year. Its purpose is to measure the liquidity of the inventory. It is computed by dividing cost of goods sold by the average inventory.

Debt ratio measures the proportion of total assets financed by firm’s creditors. This ratio indicates the company’s degree of leverage. It also provides some indication of the company’s ability to withstand losses without impairing the interest of creditors. It is computed by dividing total debts by total assets.

Gross Profit Margin measures gross income per TK. of sales. It is computed by dividing gross profit by net sales.

Operating Profit Margin measures operating income per TK. of sales. It is computed by dividing earning before income tax by net sales.

Net Profit Margin measures the net income per TK. of sales. It is computed by dividing net profit after tax by net sales.

But net profit margin is low in 2010. But still the company is in a good position.

Return on Assets (ROA) provides as idea of the overall return on investment earned by the firm. This ratio is computed by dividing net income by average assets.

Total Assets Turnover indicates the efficiency with which the firm uses its assets to generate sales. It is determined by dividing net sales by average assets.

An Earnings per Share (EPS) is a measure of net income earned on each share of common stock. It is computed by dividing net income by the number of weighted average common shares outstanding.

Payout Ratio measures the percentage of earnings distributed in the form of cash dividends. It is computed by dividing cash dividend by net income. Companies that have high growth of rates generally have low payout ratio because they reinvest most of their net income into the business.

After analyzing the different aspects of financial parameter by the help of ratio analysis, we have the following findings-

The Profitability Ratio of Square Pharmaceuticals Ltd. is in a stable position. Although some of them has been decreased. Gross Profit Margin, Return on Assets, Asset Turnover & Payout Ratio have been increased in 2010. On the other hand, Operating Profit Margin, Net Profit Margin, Return on Equity, Earnings per Share, Dividend Yield Ratio and Dividend Payout Ratio have been reduced in 2010. It means the company is not utilizing its assets in a proper way. So the company should give more attention to increase their profit for the next year.

To strength the financial soundness in those areas where the Square Pharmaceuticals Ltd. needs to improve, the following suggestive measures are recommended-

i.            The company should give more attention to improve efficiency in utilizing the capital.

ii.            The company should give more attention on how to effectively manage its cost and revenue mixes.

iii.            The company should give more emphasizes in making the investment decision in a much better way.

The financial soundness picture of Square Pharmaceuticals Ltd. shows that it has performed better in different specific aspects like short term and long term debt payment. However it has yet some financial and operating areas like profitability where those need much attention to be given. It can consider same actions recommended to improve its financial performance in the years to come.