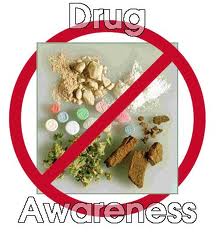 What is Illegal Drug?

WHAT IS ILLEGAL DRUG?

How quickly a potential drug addict does become addicted to a drug depends on many factors including the biology of their body. All drugs are potentially harmful and may have life-threatening consequences associated with their use. There are also vast differences among individuals in sensitivity to various drugs.

While one person may use a drug one or many times and suffer no ill effects, another person may be particularly vulnerable and overdose with first use. There is no way of knowing in advance how someone may react. This entry gives information on the five categories of illicit drugs – narcotics, stimulants, depressants (sedatives), hallucinogens, and cannabis. These categories include many drugs legally produced and prescribed by doctors as well as those illegally produced and sold outside of medical channels. Illegal drugs are drugs which have controls on them by a government and are illegal in certain situations (a person is not allowed to have them). A drug is any chemical designed to affect the human body. A psychoactive drug is a drug that affects the brain. Some controlled drugs are allowed if you have permission (called a “prescription”) from a doctor. Other drugs are illegal – meaning you are never allowed to have them. Once the smoke is in your lungs the drug passes out into the blood stream just like the oxygen does. It is carried all around the body. The drug affects your brain. Most drugs are addictive. They change the chemical processes in your body so that you may become addicted to them (dependent on them). If you are addicted to a drug you cannot manage properly without it. Once you are addicted to a drug, you generally need more and more of it to keep you feeling normal. When addicts try to stop using drugs they usually feel very unwell. They often have aches and pains, sweating, shaking, headaches and cravings for their drug. These are known as withdrawal symptoms. An illegal drug is a drug which is prohibited by the law. An example of this is cannabis, a popular illegal drug. If you were caught supplying illegal drugs you could get a lengthy sentence.