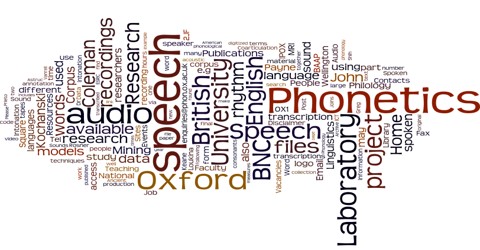 Phonetics is the science concerned with the study of speech processes, including the production, perception, and analysis of speech sounds from both an acoustic and a physiological point of view. Phonetician refers to a classificatory framework for speech sounds which is based on how they are made and on aspects of the auditory impression they make. Phonetics actually focuses on how speech is physically created and received, including study of the human vocal and auditory tracts, acoustics, and neurology. The study of phonetics grew quickly in the late 19th century partly due to the invention of the phonograph, which allowed the speech signal to be recorded. Phoneticians were able to replay the speech signal several times and apply acoustic filters to the signal. By doing so, they were able to more carefully deduce the acoustic nature of the speech signal.

Relation about Phonetics and Phonology

Phonetics is often defined with respect to phonology. Both disciplines are concerned with the sound medium of language, and it is not useful to draw a hard and fast line between them. Phonetics and phonology are related, dependent fields for studying aspects of language. Phonetics deals with the articulatory and acoustic properties of speech sounds, how they are produced, and how they are perceived. As part of this investigation, phoneticians may concern themselves with the physical properties of meaningful sound contrasts or the social meaning encoded in the speech signal.

Phonology relies on phonetic information for its practice, but focuses on how patterns in both speech and non-verbal communication create meaning, and how such patterns are interpreted. Phonology includes comparative linguistic studies of how cognates, sounds, and meaning are transmitted among and between human communities and languages. Phonetics has always had applications. Traditionally it has been important for language teaching, and for speech and language therapy. Nowadays it contributes to speech technology, and increasingly to forensic science. Some applications of phonetics are include:

Forensic Phonetics: the use of phonetics (the science of speech) for forensic (legal) purposes.

Speech Recognition: the analysis and transcription of recorded speech by a computer system.

Speech Synthesis: the production of human speech by a computer system.

Pronunciation: to learn actual pronunciation of words of various languages.

Phonetic transcription is a system for transcribing sounds that occur in a language, whether oral or sign. The most widely known system of phonetic transcription, the International Phonetic Alphabet (IPA), provides a standardized set of symbols for oral phones.