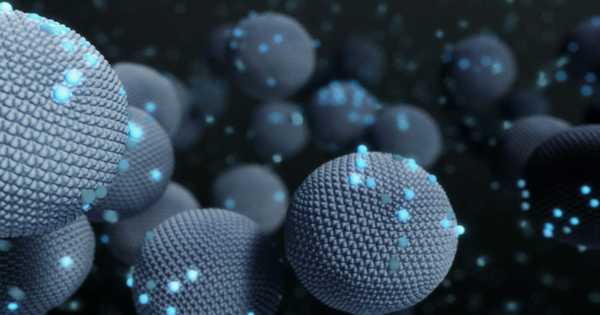 Organic solar cells are less expensive to manufacture and more flexible than crystalline silicon counterparts, but they do not provide the same level of efficiency or stability. Researchers demonstrated that luminescent acceptor molecules can be used to increase efficiency.

Researchers have discovered a new, faster method of redistributing sunlight energy in organic materials, which could enable the next generation of organic solar cells to convert sunlight into electrical power and aid in the fight against climate change.

Researchers from the University of Cambridge, working in collaboration with experts from Canada, Belgium, New Zealand, and China, have discovered a new fundamental way for energy to move in organic materials at speeds up to 1000s of times faster than normal, bringing the promise of organic photovoltaics one step closer to realization. Their research was published in the journal Science Advances.

Researchers discovered a faster way in which organic materials redistribute sunlight energy, which could enable the next generation of organic solar cells to convert sunlight into electrical power and help in the battle against climate change.

Organic solar cells have obvious advantages: they are thin and flexible like foil and can be adapted to fit a variety of substrates. The wavelength of sunlight absorbed can be ‘adjusted’ using the macro module. A window coated with organic solar cells that absorb the red and infrared spectrums would not only screen out thermal radiation but would also generate electricity.

“This advancement is enabled by the quantum-mechanical nature of reality, in which energy can exist in multiple locations at the same time,” said first author Alexander Sneyd, a Ph.D. student at Cambridge’s Cavendish Laboratory. “By leveraging these quantum-mechanical elements that enable highly efficient energy movement, we can create better, more efficient solar cells.”

The researchers began by creating nanofibers from a Sulphur and Carbon-based polymer using a highly advanced nanotechnology technique known as ‘living crystallization is driven self-assembly.’ They were able to precisely control the position of each atom in the organic nanofiber, resulting in a perfect model material. “This was truly the key to our success,” said Dr. Akshay Rao of the Cavendish Laboratory, who led the study. “We were able to achieve an unprecedented level of structural control, which was previously only a pipe dream.”

The researchers then shone a laser at the nanofibers to simulate sunlight and used a technique called transient-absorption microscopy to create ‘films’ of the energy transport. This enabled them to observe energy movement at extremely short timescales, with a resolution of nearly a single femtosecond, or 0.000000000000001 of a second, equivalent to a film with a frame rate of one million billion frames per second. “We were very surprised when we performed the experiments,” Sneyd explained. “The energy was moving at speeds that were hundreds or even thousands of times faster than what was typically observed in the scientific literature.”

Finally, they used a supercomputer to simulate what was happening physically in the nanofibers at the quantum level. By comparing simulation and experiment results, they concluded that it was the energy’s ability to ‘delocalize,’ or be in multiple places at the same time, that was primarily responsible for the unexpected behavior.

“This new mechanism provides many opportunities to significantly improve the performance of traditional organic solar cells,” said Cavendish Laboratory co-leader Professor Sir Richard Friend. “However, even more excitingly, it opens up the possibility of entirely new types of devices based on inexpensive and adaptable organic materials.”