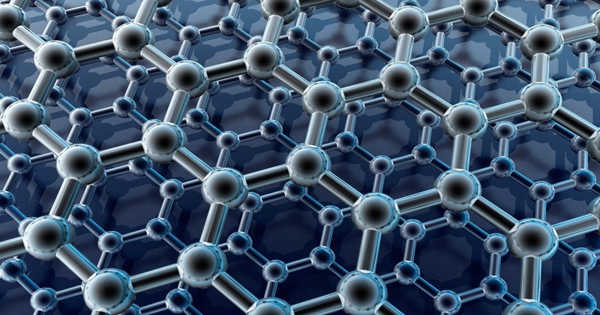 A Novel Alternative Mechanism to Achieve Superconductivity in Graphene

Superconductivity is a set of physical properties observed in certain materials in which electrical resistance disappears and magnetic flux fields are expelled. A superconductor is any material that possesses these properties. In contrast to a regular metallic conductor, whose resistance gradually decreases as its temperature is lowered, even to near absolute zero, a superconductor has a characteristic critical temperature below which the resistance abruptly drops to zero. With no power source, an electric current can flow indefinitely through a loop of superconducting wire.

Researchers reported on a novel alternative mechanism to achieve superconductivity in graphene. They achieved this feat by proposing a hybrid system consisting of graphene and 2D Bose-Einstein condensate (BEC).

Researchers at the Institute for Basic Science’s Center for Theoretical Physics of Complex Systems (PCS) in South Korea have reported on a novel alternative mechanism for achieving superconductivity in graphene. They accomplished this by proposing a hybrid system made up of graphene and 2D Bose-Einstein condensate (BEC). The findings of this study have been published in the journal 2D Materials.

BEC, like superconductivity, is a phenomenon that occurs at low temperatures. It is the fifth state of matter, which Einstein predicted in 1924. BEC is formed when low-energy atoms clump together and enter the same energy state, and it is a well-studied topic in condensed matter physics. A hybrid Bose-Fermi system consists essentially of an electron layer interacting with a layer of bosons, such as indirect excitons, exciton-polaritons, and so on. The interaction of Bose and Fermi particles results in a variety of novel and fascinating phenomena that piques interest from both a fundamental and application-oriented standpoint.

The researchers describe a new mechanism of superconductivity in graphene that results from interactions between electrons and “bogolons,” rather than phonons as in typical BCS systems. Bogolons, also known as Bogoliubov quasiparticles, are particle-like excitations within BEC. This mechanism allows the critical temperature for superconductivity within graphene to reach 70 Kelvin in certain parameter ranges.

The researchers also created a new microscopic BCS theory that is focused on the novel hybrid graphene-based system. Their proposed model also predicts that superconducting properties can be enhanced with temperature, resulting in the superconducting gap’s non-monotonous temperature dependence.

The study also demonstrated that the Dirac dispersion of graphene is preserved in this bogolon-mediated scheme. This suggests that the superconducting mechanism involves electrons with relativistic dispersion, a phenomenon that has received little attention in condensed matter physics.

The critical temperature, the value of the superconducting gap, the critical magnetic field, and the critical current density at which superconductivity is destroyed all differ from material to material. On the other hand, there is a subset of properties that are unaffected by the underlying material. The Meissner effect, magnetic flux quantization, and permanent currents, i.e. the state of zero resistance, are the most important examples. The existence of these “universal” properties is due to the nature of the superconductor’s broken symmetry and the emergence of off-diagonal long-range order. Superconductivity is a thermodynamic phase, and thus possesses certain distinguishing properties which are largely independent of microscopic details.

“This study sheds light on a different approach to achieving high-temperature superconductivity. Meanwhile, we can tune graphene’s superconductivity by manipulating the properties of a condensate. This suggests that in the future, another channel will be used to control superconductor devices “explains Ivan Savenko, team leader of the PCS IBS’s Light-Matter Interaction in Nanostructures (LUMIN).