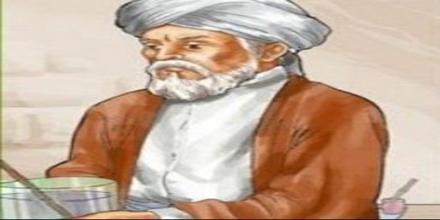 Abd al-Rahman al-Khazini, Physicist in Persia was born 11th century. He was a Muslim astronomer of Greek ethnicity from Merv, then in the Khorasan province of Persia (Today’s Turkmenistan). Merv was known for its literary and scientific achievements. He was known for being a humble man. Al-Khazini was known for original observations. His works are used and very well known in the Islamic world, but very few other places around the world acknowledge his work. Al-Khāziniī “became perfect” in the geometrical sciences and pursued a career as a mathematical practitioner under the patronage of the Seljuk court. Al-Khāzinī’s book of astronomical tables was composed for Sanjar, and his balance was constructed for Sanjar’s treasury. Although al-Khāzinī’s publications were wellknown in the Islamic world, and particularly in the Iranian part of it, they do not seem to have been used elsewhere save in Byzantium. The Sanjari zij was utilized, at least for is tables of stars, by George chrysococces, an astribiner abd geographer, and through him by Theodore Meliteniotes, an astronomer in Constantinople.