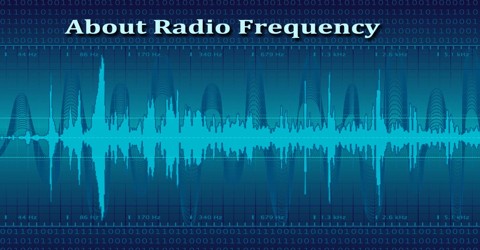 Radio Frequency (RF) is a frequency or band of frequencies that lie in the range 10 kilohertz to 300 000 megahertz and can be used for radio communications and broadcasting. It is a measurement representing the oscillation rate of electromagnetic radiation spectrum, or electromagnetic radio waves, from frequencies ranging from 300 GHz to as low as 9 kHz. This is the frequency band that is used for communications transmission and broadcasting. Although RF really stands for the rate of oscillation of the waves, it is synonymous to the term “radio,” or simply wireless communication. RF usually refers to electrical rather than mechanical oscillations. However, mechanical RF systems do exist.

RF has traditionally defined frequencies from a few kHz to roughly 1 GHz. If one considers microwave frequencies as RF, this range extends to 300 GHz. Its measurement methodology can generally be divided into three major categories: spectral analysis, vector analysis, and network analysis. Spectrum analyzers, which provide basic measurement capabilities, are the most popular type of RF instrument in many general-purpose applications.

Many types of wireless devices make use of Radio Frequency (RF) fields. Cordless and cellphones, radio and television broadcast stations, Wi-Fi and Bluetooth, satellite communications systems, and two-way radios all operate in the RF spectrum. In addition, other appliances outside of communications, including microwave ovens and garage-door openers, operate at radio frequencies. Some wireless devices, like TV remote controls, some cordless computer keyboards and computer mice, operate at IR frequencies, which have shorter electromagnetic wavelengths. Radio Frequency spectrum is divided into several ranges, or bands. With the exception of the lowest-frequency segment, each band represents an increase of frequency corresponding to an order of magnitude.

To receive radio signals an antenna must be used. However, since the antenna will pick up thousands of radio signals at a time, a radio tuner is necessary to tune into a particular frequency (or frequency range). This is typically done via a resonator – in its simplest form, a circuit with a capacitor and an inductor form a tuned circuit. The resonator amplifies oscillations within a particular frequency band, while reducing oscillations at other frequencies outside the band. The distance over which radio communications is useful depends significantly on things other than wavelength, such as transmitter power, receiver quality, type, size, and height of antenna, mode of transmission, noise, and interfering signals.

Radio Frequency (RF) is being used in a lot of fields, but in the context of information and communications technology it refers to the frequency band at which wireless telecommunications signals are being transmitted and broadcast. The frequency band is being divided into different parts, which are then assigned to different technology industries. This is known as the radio spectrum. For a lot of electronic communication devices, the ultra-high frequency (UHF) band is being used. This is the space used by mobile phones, wireless LAN, Bluetooth, and TV and land radio. Radio frequencies at non-ablation energy levels are sometimes used as a form of cosmetic treatment that can tighten skin, reduce fat (lipolysis), or promote healing. It is also a method of heating tissue electromagnetically for therapeutic purposes in medicine. Diathermy is used in physical therapy and occupational therapy to deliver moderate heat directly to pathologic lesions in the deeper tissues of the body. Surgically, the extreme heat that can be produced by diathermy may be used to destroy neoplasms, warts, and infected tissues, and to cauterize blood vessels to prevent excessive bleeding.

Radiation of Radie Frequency (RF) on the Human Body

Radie Frequency (RF) field has both an electric and a magnetic component (electric field and magnetic field), and it is often convenient to express the intensity of the RF environment at a given location in terms of units specific for each component. RF waves can be characterized by a wavelength and a frequency. The wavelength is the distance covered by one complete cycle of the electromagnetic wave, while the frequency is the number of electromagnetic waves passing a given point in one second. Biological effects that result from heating of tissue by RF energy are often referred to as “thermal” effects. It has been known for many years that exposure to very high levels of RF radiation can be harmful due to the ability of RF energy to rapidly heat biological tissue. Tissue damage in humans could occur during exposure to high RF levels because of the body’s inability to cope with or dissipate the excessive heat that could be generated. Two areas of the body, the eyes and the testes, are particularly vulnerable to RF heating because of the relative lack of available blood flow to dissipate the excessive heat load. At relatively low levels of exposure to RF radiation, that is, levels lower than those that would produce significant heating, the evidence for harmful biological effects is ambiguous and unproven. Such effects have sometimes been referred to as “nonthermal” effects. It is generally agreed that further research is needed to determine the effects and their possible relevance, if any, to human health.