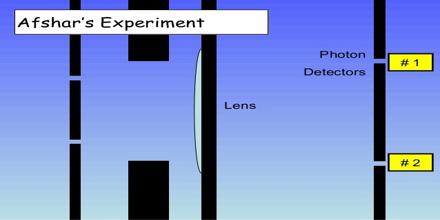 Afshar Experiment gives information about which of two paths a photon takes through the apparatus while simultaneously allowing interference between the two paths to be observed, by showing that a grid of wires, placed at the nodes of the interference pattern, does not alter the beams. It has been repeated by a number of investigators and its results have been confirmed, but its interpretation is controversial, and some disagree that it violates complementarity, while also disagreeing amongst themselves as to why. Afshar’s Experiment has no implications for Everett’s many worlds, because its results are in line with the usual predictions or equations of quantum mechanics.