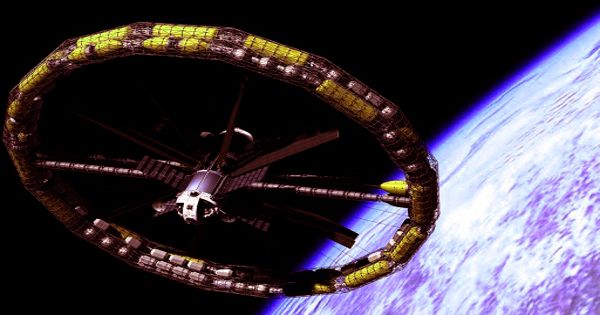 Artificial Gravity – the creation of an inertial force

Artificial gravity is a simulated gravity or sensation of weight established within a spacecraft by means of the craft’s rotation, acceleration, or deceleration. It is sometimes referred to as pseudo gravity, which is the creation of an inertial force that mimics the effects of a gravitational force, usually by rotation. It is the varying of apparent gravity via artificial means, particularly in space, but also on Earth.

The most realistic method of producing artificial gravity aboard a space station is using centripetal force to produce a pulling sensation toward the “floor” that would mimic the effects of gravity. 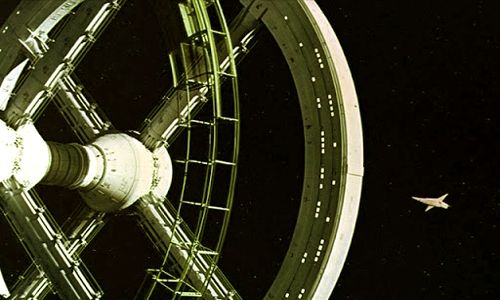 In space, it is possible to create “artificial gravity” by spinning your spacecraft or space station. When the station spins, centrifugal force acts to pull the inhabitants to the outside. Artificial gravity, or rotational gravity, is thus the appearance of a centrifugal force in a rotating frame of reference (the transmission of centripetal acceleration via normal force in the non-rotating frame of reference), as opposed to the force experienced in linear acceleration, which by the equivalence principle is indistinguishable from gravity. A rotating circular space station can create artificial gravity for its passengers. The rate of rotation necessary to duplicate the Earth’s gravity depends on the radius of the circle. This process could be used to simulate gravity. In a spaceship designed to produce artificial gravity, you’d walk around perpendicular to the “wall” you were stuck to, and parallel to what would, in a Gravitron, be the floor. The wall would become the floor, and the floor would become the inner wall of the ship.

In a more general sense, “artificial gravity” may also refer to the effect of linear acceleration, e.g. by means of a rocket engine. The gravity of the people around you will not make any noticeable difference. It is true that all objects which have mass exert a gravitational pull on other objects, but unless the mass is very large it has little effect. The people on the space station will not change the artificial gravity on the space station just like they do not affect the gravity while they are on Earth. It is not caused by the attraction to the Earth but is instead caused by acceleration or centrifugal force. There is a need for artificial gravity in a spacecraft to counter the effect of weightlessness on the astronauts.