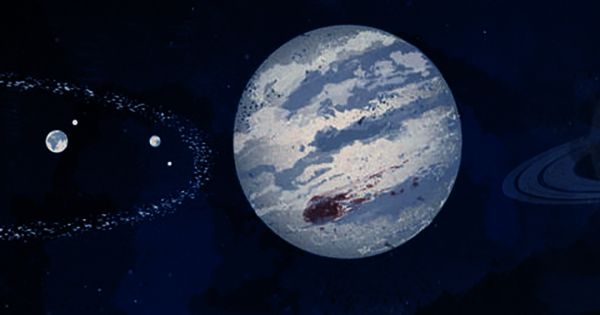 Beautiful Views of Earth, Venus, and Mars Twinkling Away Snapped By Sun-Studying Missions

As the star at the center of the solar system, the sun attracts our attention. Many missions are now becoming closer and more personal to our star – providing some of the most spectacular images seen from the Sun last year – but each time this spacecraft returns to “Earth” and presents a view of our planet we rarely see. Three Sun-studying missions – NASA and ESA Solar Orbiter, NASA Parker Solar Probe and NASA Solar and Terrestrial Relations Observatory (Stereo) – have observed our unique vantage points alongside our nearest neighbors as we approach our planet internal solar system.

These three missions have separate orbits so their perspectives are not only what we see on Earth, but also different from each other. The Heliospheric image of the solar orbiter saw this magnificent view of Venus, Earth and Mars on November 18, 2020, about 251 million kilometers (155.7 million miles) from Earth.

Venus is the brightest planet here, about 48 million kilometers (29.8 million miles) away from the solar system at that time. Launched only in February 2020, the spacecraft was heading to Venus on Friday for its first gravity support flyby, which occurred on December 27. Using the planet’s gravity to change the orbit of the spacecraft and helping it get closer to the sun helps the sun has moved out of the frame but you will see its light shining to the right of Earth and Mars. The Parker Solar Probe’s Wide Field Imager for Solar Probe (WISPR) took this incredible portrait (below) when it was closest to the Sun on June 7, 2020.

WISPR’s job is to take pictures of the solar corona and the inner heliosphere, which it did near its nearest orbit when its field of view separated from the sun to the planets beyond. From left to right you can see Mars, Saturn, Jupiter, Venus, Earth and Mercury, which must displayed in the wrong order from the Sun. Mercury, the innermost planet, appears in the distance.

Parker Solar Probe project scientist Nour Raouafi said, “We often think of seeing our solar system from the outside and it gives us the unique opportunity to see from the inside out.” “It’s a scene that could provide a few spaceships, and the Parker Solar Probe has given us a completely different perspective on our position in space.”

Also in June, NASA stereo captured this view of most of the planets in our solar system. Due to its position in orbit, however, it shows a very different approach to the Parker Solar Probe. This time our neighbors appeared in a more familiar order.

The STEREO Heliospheric images focus on the Sun’s outer atmosphere, solar corona, and wind, allowing scientists to study how solar elements enter the solar system. According to NASA: “The dark columns in the image are related to device saturation caused by the brightness of the planet combined with the long exposure time “.