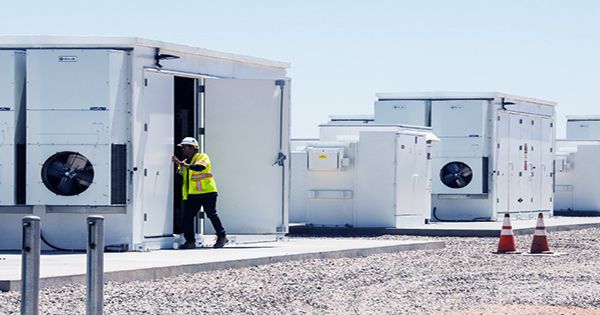 Home batteries are becoming a popular way to store solar energy in powerhouses at night, but what if someone could turn an entire home into a battery? While rechargeable cement batteries have a long way to go to become economical, the idea proves possible. Dr. Emma Zhang, of the Department of Technology at Chalmers University in Sweden, mixes 0.9 percent carbon fiber into cement and carries it over a metal-coated carbon fiber mesh to make concrete blocks.

In the Buildings Journal, Zhang and colleagues reported that these blocks became rechargeable batteries with the help of iron anodes and nickel cathode. These, Zhang said in a statement; “Very few performances,” he and colleagues were forced to ask for new ideas on how to produce electronics. At 0.8 watts per liter, Zhang’s battery is several times less energy-intensive than lithium-ion batteries and is completely useless for transportation. However, it saves ten times more energy than previous rechargeable concrete batteries.

During that energy concentration, Zhang thinks the first applications will be off the grid, probably mixed with solar panels – for example, strengthening 4G services in remote areas. Concrete structures such as bridges often require very small amounts of electricity to protect the cathodic from corrosion of the metal reinforcement for sensing devices, and the work of corrugation may be appropriate. If a market is established in niches like the market, mass production and further refinements can bring down prices, opening up a wide range of possibilities.

“We have a vision that in the future this technology could allow whole sections of multi-storey buildings made of functional concrete. Considering that any layer of this electrode may have embedded on any concrete surface, we are talking about plenty of functional concrete,” Zhang said. Prior to this, Zhang acknowledged that the concrete structure is expected to last a long time, with the need to extend its battery life. If this cannot be done, the building still needs to find a way to replace them while in use. This is not the first idea to use building materials to save electricity. Last year, scientists showed that hematite could act as an electron in house bricks.