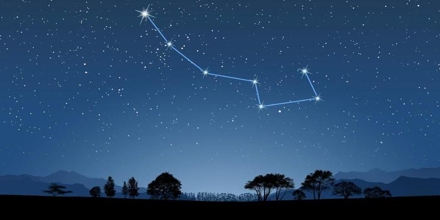 The term “constellation” is also less formally used to describe a group of star visibly related to each other in a pattern, such as those connected by green lines in the figure. However, in such a scheme, some stars such as Sirrah in Andromeda, may be considered as both the head of Andromeda or part of the Square of Pegasus. Also, stars not connected by patterns still need to be assigned a constellation.