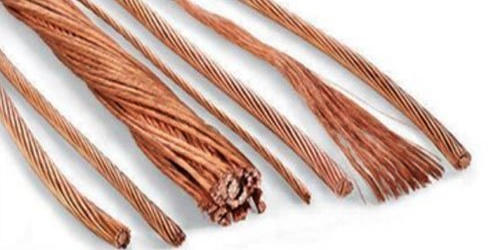 Copper is by far the most widely used conductor material. Copper has been used in electrical wiring since the invention of the electromagnet and the telegraph in the 1820s. Among its physical properties are high electrical and thermal conductivity, ductility, malleability and solderability, high melting point, and high resistance to corrosion, wear, and fatigue. The invention of the telephone in 1876 created further demand for copper wire as an electrical conductor.

Copper has many extremely useful properties, including:

Copper is the electrical conductor in many categories of electrical wiring. A good electrical conductivity is the same as a small electrical resistance. An electric current will flow through all metals, however, they still have some resistance, meaning the current needs to be pushed (by a battery) in order to keep flowing. Copper wire is used in power generation, power transmission, power distribution, telecommunications, electronics circuitry, and countless types of electrical equipment. Thick copper strip is used for lightning conductors on tall buildings like church spires. The copper strip has to be thick so that it can carry a large current without melting. It is used in many heating applications because it doesn’t corrode and has a high melting point. The only other material that has similar resistance to corrosion is stainless steel.