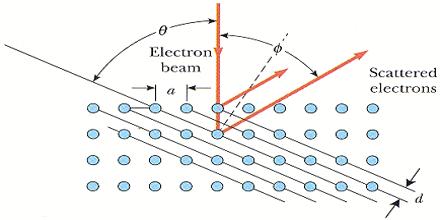 Davisson-Germer Experiment is the first measurement of the wavelengths of electrons. It is a physics experiment conducted by American physicists Clinton Davisson and Lester Germer in the years 1923–1927, which confirmed the de Broglie hypothesis. This not only played a major role in verifying the de Broglie hypothesis and demonstrated the wave–particle duality, but also was an important historical development in the establishment of quantum mechanics and of the Schrödinger equation. It  consisted of firing an electron beam from an electron gun directed to a piece of nickel crystal at normal incidence.