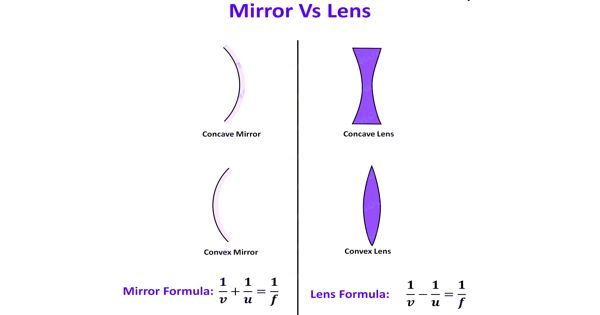 Difference between Mirror and Lens

In simple terms, mirror means a smooth and highly polished glass surface, through which images are formed by reflection, as the light falls on it. A plane mirror gives a real-looking undistorted image, while a curved mirror may distort, magnify, or reduce the image in various ways. A lens is a part of the transparent refracting medium, (i.e. glass), bounded by two surfaces, of which at least one is spherical. It helps in the formation of images, as the light passes through the medium. A lens forms images of objects situated in front of it.

The mirror is the apparatus that reflects the light falling on them. Whereas, lenses are the ones that manipulate the light.

Difference between Mirror and Lens 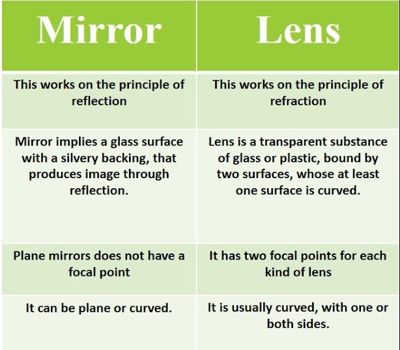