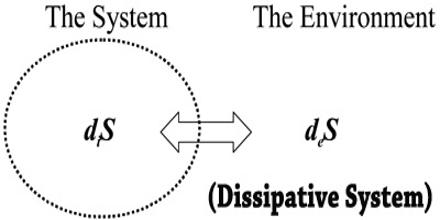 Dissipative System is a term of physics, which is a thermodynamically open system. It is operating out of, and often far from, thermodynamic equilibrium in an environment with which it exchanges energy and matter. It is characterized by the spontaneous appearance of symmetry breaking and the formation of complex, sometimes chaotic, structures where interacting particles exhibit long range correlations. It can also be used as a tool to study economic systems and complex systems.