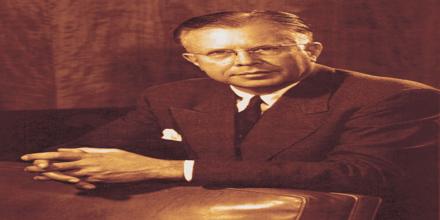 Ernest Orlando Lawrence, Physicist and nuclear scientist was born August 8, 1901, Canton, South Dakota, U.S. He completed his bachelor’s degree in chemistry in 1922, and his Master of Arts (M.A.) degree in physics from the University of Minnesota in 1923 under the supervision of William Francis Gray Swann. Lawrence followed Swann to the University of Chicago, and then to Yale University in New Haven, Connecticut, where Lawrence completed his Doctor of Philosophy (Ph.D.) degree in physics in 1925 as a Sloane Fellow, writing his doctoral thesis on the photoelectric effect in potassium vapor. He won Nobel Prize for Physics for his invention of the cyclotron, the first particle accelerator to achieve high energies.