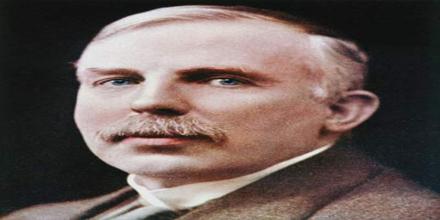 Ernest Rutherford, Physicist was born August 30, 1871, in Spring Grove, New Zealand. At the age of 10, Rutherford was handed his first science book, at Foxhill School. It was a pivotal moment for Rutherford, given that the book inspired his very first scientific experiment. He studied at Havelock School and then Nelson College and won a scholarship to study at Canterbury College, University of New Zealand, where he participated in the debating society and played rugby. A pioneer of nuclear physics and the first to split the atom, Rutherford was awarded the 1908 Nobel Prize in Chemistry for his theory of atomic structure.