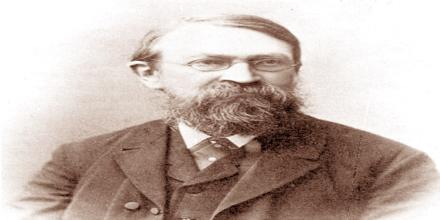 Ernst Waldfried Josef Wenzel Mach, Physicist and Philosopher was born February 18, 1838, Chirlitz-Turas, Moravia, Brno, Austria-Hungary. As a philosopher of science, he was a major influence on logical positivism, American pragmatism and through his criticism of Newton, a forerunner of Einstein’s relativity. Ernst Mach established important principles of optics, mechanics, and wave dynamics and who supported the view that all knowledge is a conceptual organization of the data of sensory experience. Mach’s initial studies in the field of experimental physics concentrated on the interference, diffraction, polarization and refraction of light in different media under external influences. Mach and physicist-photographer Peter Salcher presented their paper on this subject in 1887; it correctly describes the sound effects observed during the supersonic motion of a projectile. They deduced and experimentally confirmed the existence of a shock wave which of conical shape, with the projectile at the apex. Mach also contributed to cosmology the hypothesis known as Mach’s principle. In 1864 Ernst Mach became full professor of mathematics at the University of Graz, and two years later also received the title of professor of physics.