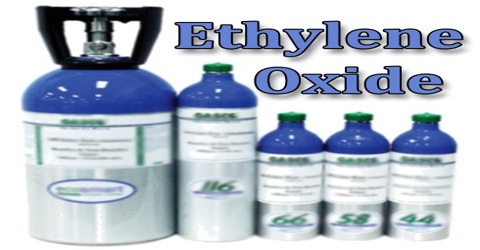 It is found in the production of solvents, antifreeze, textiles, detergents, adhesives, polyurethane foam, and pharmaceuticals. Smaller amounts are present in fumigants, sterilants for spices and cosmetics, as well as during hospital sterilization of surgical equipment.

Although it is a vital raw material with diverse applications, including the manufacture of products like polysorbate 20 and polyethylene glycol (PEG) that are often more effective and less toxic than alternative materials, ethylene oxide itself is a very hazardous substance. At room temperature it is a flammable, carcinogenic, mutagenic, irritating, and anaesthetic gas. It is so extremely flammable and explosive that it is used as a main component of thermobaric weapons; therefore, it is commonly handled and shipped as a refrigerated liquid to control its hazardous nature.

Production and Properties of Ethylene Oxide

The major industrial application of ethylene oxide is as a key raw material in the production of many industrial chemicals and intermediates, including: Ethylene oxide was first manufactured by BASF in 1914 using ethylene chlorohydrin (reaction of ethylene chlorohydrin with calcium hydroxide) as an intermediate, but this route has been superseded by the direct oxidation of ethylene with air or oxygen. Currently, nearly all the world’s ethylene oxide production capacity is based on direct oxidation, with oxygen generally preferred over the air route in larger plants due to higher yields and less downtime.

It is a colorless gas at 25 °C and is a mobile liquid at 0 °C – viscosity of liquid ethylene oxide at 0 °C is about 5.5 times lower than that of water. The gas has a characteristic sweet odor of ether, noticeable when its concentration in air exceeds 500 ppm. Ethylene oxide is readily soluble in water, ethanol, diethyl ether and many organic solvents.

Ethylene Oxide is a type of flammable and explosive gas that is used for the sterilization of medical equipment and devices. Ethylene oxide produced is used as an intermediate in the production of other useful chemicals. A very important derivative is ethylene glycol which is used for the manufacture of polyester fiber for clothes, upholstery, carpet, and pillows and the blending of automotive engine antifreeze. Ethylene glycol is also used to manufacture fiberglass used in products such as jet skis, bathtubs, and bowling balls. A major application is in the production of polyethylene terephthalate (PET) resin, a recyclable plastic, for packaging film and bottles. Ethylene oxide is one of the most commonly used sterilization methods in the healthcare industry because of its non-damaging effects for delicate instruments and devices that require sterilization, and for its wide range of material compatibility. It is used as an accelerator of maturation of tobacco leaves and fungicide. Ethylene oxide is also used as a main component of thermobaric weapons (fuel-air explosives).