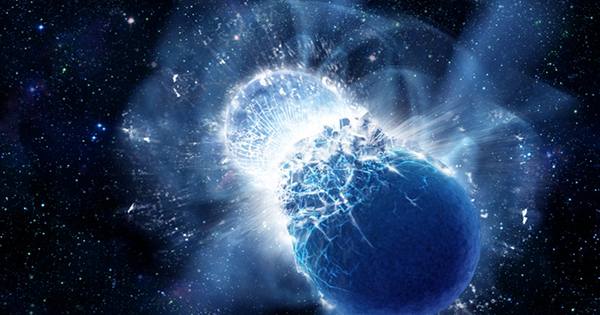 Experimental Detector may have Spotted a New Type of Gravitational Waves

Gravitational waves are minute ripples in the fabric of space-time created by some of the universe’s most awe-inspiring occurrences, such as the colliding of two neutron stars. Observatories must be large to investigate them, but some theorized waves could be detected by a smaller tabletop detector. One such detector has been created by Australian researchers, and it has already identified its first odd signals. The tabletop detector reported two unusual incidents in its first 153 days of operation, both of which appear to be genuine (as opposed to picking up “noise”).

Black holes that originated right after the Big Bang, known as primordial black holes, could be a source of these waves.

The innovative gadget is based on a quartz crystal bulk acoustic wave resonator and was developed by researchers from the ARC Centre of Excellence for Dark Matter Particle Physics (CDM) and the University of Western Australia (BAW). The device’s core is a quartz crystal disk that vibrates when a high-frequency wave passes across it. A superconducting quantum interference device can detect a little electric charge produced by these vibrations (or SQUID).

To accommodate for potential confusing effects, the disk is kept at extremely low temperatures and protected by several radiation barriers. Observations with the new detector, however, are now insufficient to confidently confirm that this is a genuine discovery of high-frequency gravitational waves. It’s possible that the device is to blame. There could be some mechanical tension or a charge present. Alternatively, the detector could have detected a different physical phenomenon, such as a meteor or even unproven physics like dark matter.

Professor Michael Tobar said in a statement, “It’s fantastic that this event has proved that the new detector is sensitive and providing us data, but now we have to figure out exactly what those results indicate.” “We have proved for the first time that these devices can be utilized as highly sensitive gravitational wave detectors with this work,” he added.

The team is now working on a second detector as well as a muon detector that can detect particles from space. This will aid the team in determining whether the signals are caused by external variables or whether they are clarifying the source.