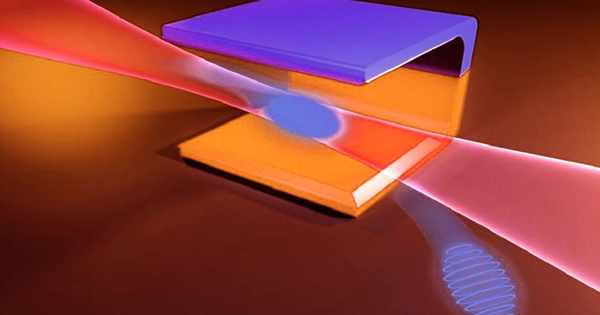 Accelerator-based light sources, such as storage rings and free-electron lasers, generate intense radiation over a broad spectral range for fundamental research in physics, chemistry, materials science, biology, and medicine. More than a dozen such sources are in operation around the world, and new ones are being built to provide radiation that meets the ever-increasing sophistication and depth of new research.

The interaction of an ultraviolet laser and a relativistic electron beam in a pure dipole magnet helped researchers gain a better understanding of free-electron laser physics. The team modulated an 800-MeV electron beam with a 266-nm laser at the soft x-ray FEL test facility. The results demonstrated that a short dipole magnet can be used to introduce energy modulation into relativistic electron beams, effectively tailoring FEL pulse properties by introducing precise bends in the pathway.

On ultrafast timescales, free-electron lasers (FELs) produce short-wavelength radiation with extreme brilliance. FELs, which have been developed over the last three decades, is an important research tool for physics, biology, chemistry, and other fields.

Research reveals a fundamental process of free-electron lasing, opening new directions for the study and exploitation of laser–beam interactions. They contributed to a deeper understanding of free-electron laser physics by evaluating the interaction between an ultraviolet laser and a relativistic electron beam in a pure dipole magnet.

Unlike other synchrotron light sources, the amplification of FEL pulses is caused by the strong and continuous interaction of electromagnetic waves and relativistic electron beams in an undulator, which is a periodic lattice of alternating dipole magnetic fields. The undulator for modern x-ray FELs (XFELs) makes use of a positive feedback loop, which is a game-changer in nanoscale research. While XFELs are still being developed, one of the most fundamental processes of FEL lasing, energy exchange within the undulator subperiod, had not been measured directly until recently.

Researchers from the Chinese Academy of Sciences’ Shanghai Advanced Research Institute and Shanghai Institute of Applied Physics contributed to a better understanding of FEL physics by examining the interaction of an ultraviolet laser and a relativistic electron beam in a pure dipole magnet. According to Advanced Photonics, the team modulated an 800-MeV electron beam with a 266-nm laser at the Shanghai soft x-ray FEL test facility. The energy modulation of the electron beam was measured as 40 keV in the experiment using an x-band transverse deflection structure.

The results demonstrated that a short dipole magnet can be used to introduce energy modulation into relativistic electron beams, effectively tailoring FEL pulse properties by introducing precise bends in the pathway.

Free-electron lasers (FELs) are a new generation of light sources that produce high-brightness x-ray pulses at the angstrom-femtosecond space and time scales. The interaction of an electromagnetic wave and a relativistic electron beam in an undulator, which consists of hundreds or thousands of dipole magnets with an alternating magnetic field, is the fundamental physics behind the FEL.

“The work completes the last indispensable experimental measurements of FEL physics, revealing the most fundamental process of the FEL lasing and opening new directions for the study and exploitation of laser-beam interactions,” says first author Jiawei Yan, who was a Ph.D. student at Shanghai Institute of Applied Physics and is now a physicist at European XFEL. Yan predicts the development of compact laser heater systems for high-brightness XFELs, stable energy modulators for plasma accelerator-based XFELs, and even novel radiators for future coherent light sources based on the findings.

The interaction of the electromagnetic wave and electrons in an FEL process causes energy modulation of the electron beam. Bunching occurs when energy modulation transforms into longitudinal density modulation on the scale of the FEL wavelength. The bunching contributes to the increase in FEL power, and the amplified FEL power enhances and accelerates the bunching. In a high-gain FEL, this positive feedback loop causes the FEL power to grow exponentially. When the bunching reaches its maximum, the amplification of the FEL eventually saturates. In the over-saturated regime, the energy exchange will also work in an undesired way, i.e., energy is extracted from the photon field to the electron beam.