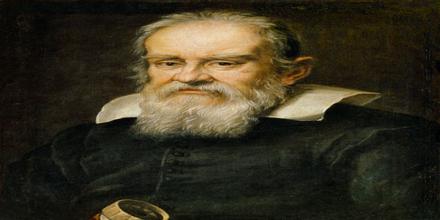 Galileo Galilei, Physicist was born on February 15, 1564, in Pisa, Italy. He was also an Italian astronomer, engineer, philosopher, and mathematician who played a major role in the scientific revolution of the seventeenth century. He has been called the “father of observational astronomy”, the “father of modern physics”, and the “father of science”. His early studies, at the Univ. of Pisa, were in medicine, but he was soon drawn to mathematics and physics. Galileo made original contributions to the science of motion through an innovative combination of experiment and mathematics. More typical of science at the time were the qualitative studies of William Gilbert, on magnetism and electricity. He was one of the first modern thinkers to clearly state that the laws of nature are mathematical. In 1612, he published his Discourse on Bodies in Water, refuting the Aristotelian explanation of why objects float in water, saying that it wasn’t because of their flat shape, but instead the weight of the object in relation to the water it displaced.