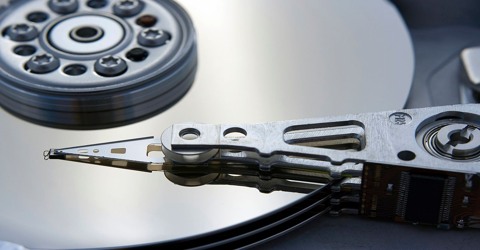 Since discovery in 1988 GMR has generated a lot of interest among academic and industrial laboratories due to deep fundamental physics that controls this phenomenon and tremendous technological potential for magnetic recording, storage and sensor industries. In 2007 Albert Fert and Peter Grünberg were awarded the Nobel Price in Physics for the discovery of GMR. Giant magnetoresistance (GMR) is a quantum mechanical magnetoresistance effect observed in thin film structures composed of alternating ferromagnetic and nonmagnetic layers. The effect manifests itself as a significant decrease (typically 10– 80%) in electrical resistance in the presence of a magnetic field. The effect is exploited commercially by manufacturers of hard disk drives.

Like other magnetoresistive effects, giant magnetoresistance (GMR) is the change in electrical resistance of some materials in response to an applied magnetic field. It was discovered that the application of a magnetic field to magnetic metallic multilayers such as Fe/Cr and Co/Cu, in which ferromagnetic layers are separated by nonmagnetic spacer layers of a few nm thick, results in a significant reduction of the electrical resistance of the multilayer. This effect was found to be much larger than other magnetoresistive effects that had ever been observed in metals and was, therefore, called “giant magnetoresistance”. In Fe/Cr and Co/Cu multilayers the magnitude of GMR can be higher than 100% at low temperatures. GMR can be qualitatively understood using the Mott model, which was introduced as early as 1936 to explain the sudden increase in resistivity of ferromagnetic metals as they are heated above the Curie temperature. There are two main points proposed by Mott:

First, the electrical conductivity in metals can be described in terms of two largely independent conducting channels, corresponding to the up-spin and down-spin electrons, which are distinguished according to the projection of their spins along the quantization axis. The probability of spin-flip scattering processes in metals is normally small as compared to the probability of the scattering processes in which the spin is conserved. This means that the up-spin and down-spin electrons do not mix over long distances and, therefore, the electrical conduction occurs in parallel for the two spin channels. The largest technological application of GMR is in the data storage industry. IBM was first to put on the market hard disks based on GMR technology, and nowadays all disk drives make use of this technology.

The GMR read head sensor in a hard disk is built using a spin valve . Spin valve resistance demonstrates a steep change in the small field range close to H=0. As the magnetic bits on the hard drive pass under the read head, the magnetic alignment of the sensing layer in the spin valve changes resulting in the resistance change.

Other applications of GMR are as diverse as automotive sensors, solid-state compasses and non-volatile magnetic memories. Multilayer GMR: In multilayer GMR two or more ferromagnetic layers are separated by a very thin (about 1 nm) non-ferromagnetic spacer (e.g. Fe/Cr/Fe). At certain thicknesses the RKKY coupling between adjacent ferromagnetic layers becomes antiferromagnetic, making it energetically preferable for the magnetizations of adjacent layers to align in anti-parallel. The electrical resistance of the device is normally higher in the anti-parallel case and the difference can reach more than 10% at room temperature. The interlayer spacing in these devices typically corresponds to the second antiferromagnetic peak in the AFMFM oscillation in the RKKY coupling.

Granular GMR: Granular GMR is an effect that occurs in solid precipitates of a magnetic material in a non-magnetic matrix. To date, granular GMR has only been observed in matrices of copper containing cobalt granules. The reason for this is that copper and cobalt are immiscible, and so it is possible to create the solid precipitate by rapidly cooling a molten mixture of copper and cobalt. Granule sizes vary depending on the cooling rate and amount of subsequent annealing. Granular GMR materials have not been able to produce the high GMR ratios found in the multilayer counterparts.